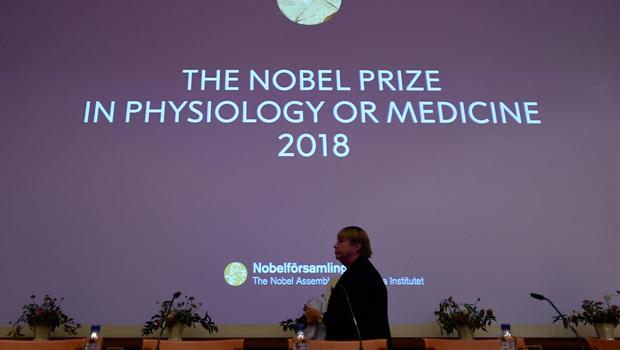 STOCKHOLM — The Nobel Prize in Physiology or Medicine has been jointly awarded to James Allison of the University of Texas and Tasuku Honjo of Japan's Kyoto University for discovering a form of cancer therapy. The 9 million-kronor ($1.01 million) prize was announced Monday by the Nobel Assembly of Sweden's Karolinska Institute.

The Institute — 50 professors at the Stockholm facility — chose the winners of the prize honoring research into the microscopic mechanisms of life and ways to fend off invaders that cut it short.

Last year's prize went to three Americans for work in identifying genes and proteins that work in the body's biological clock, which affects functions such as sleep patterns, blood pressure and eating habits.

The physics prize is to be announced Tuesday, followed by chemistry. The winner of the Nobel Peace Prize will be named Friday. 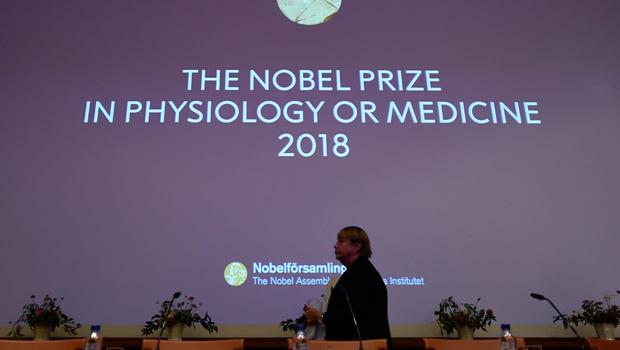 Depression during and after pregnancy can be prevented, panel says