Republican Sen. Jeff Flake made the confirmation of Supreme Court nominee Brett Kavanaugh more likely Friday, when he announced he will vote to confirm Kavanaugh. The moderate Republican is considered a key Senate vote to get Kavanuagh's confirmation through.

Flake said little after Thursday's marathon hearing with Kavanaugh and Christine Ford, the woman accusing Kavanaugh of assaulting her when they were both in high school. But on Friday morning, Flake announced he would be voting with his Republican colleagues.

The Senate Judiciary Committee is voting on whether to advance Kavanaugh on Friday. From there, Kavanaugh's nomination will head to the Senate floor for a series of votes, likely early next week.

Shortly after his announcement, protesters confronted Flake at an elevator in the Russell Senate Office Building. CBS News' Alan He reported the elevator door was held open for about five minutes Flake he was in it so he couldn't move.

One woman begged Flake to look him in the eye. She said: "Look at me and tell me that it doesn't matter what happened to me."

Another woman said Flake was allowing someone who "violated someone" to serve on the Supreme Court. Both women cried as they spoke to him. Flake did not respond. He looked at them, and looked at the ground as he listened.

Here is the statement Flake made Friday, in which he said he left Thursday's hearing "with as much doubt as certainty":

"After hearing more than 30 hours of testimony from Judge Kavanaugh earlier this month, I was prepared to support his nomination based on his view of the law and his record as a judge. In fact, I commented at the time that had he been nominated in another era, he would have likely received 90+ votes.

When Dr. Ford's allegations against Judge Kavanaugh surfaced two weeks ago, I insisted that she be allowed to testify before the committee moved to a vote. Yesterday, we heard compelling testimony from Dr. Ford, as well as a persuasive response from Judge Kavanaugh. I wish that I could express the confidence that some of my colleagues have conveyed about what either did or did not happen in the early 1980s, but I left the hearing yesterday with as much doubt as certainty.

What I do know is that our system of justice affords a presumption of innocence to the accused, absent corroborating evidence. That is what binds us to the rule of law. While some may argue that a different standard should apply regarding the Senate's advice and consent responsibilities, I believe that the constitution's provisions of fairness and due process apply here as well.

I will vote to confirm Judge Kavanaugh." 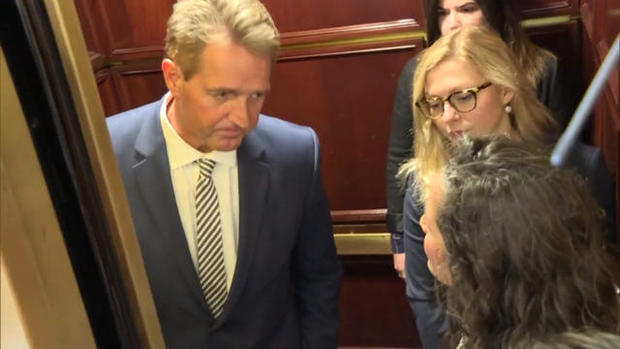