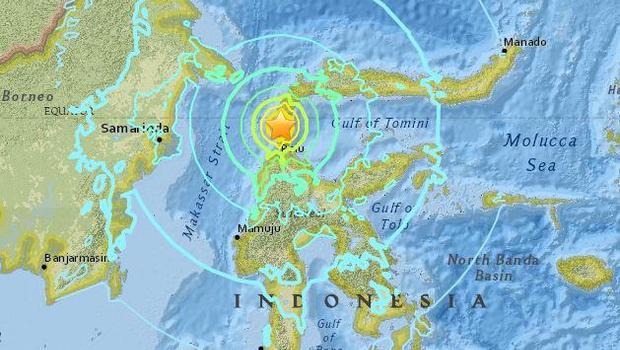 JAKARTA, Indonesia — Indonesian officials issued a tsunami warning Friday after a powerful earthquake rocked the island of Sulawesi. The U.S. Geological Survey said the magnitude 7.5 quake was centered at a depth of 6 miles about 35 miles northeast of the central Sulawesi town of Donggala. It was the second quake to strike the area Friday.

"Many houses have collapsed," Akris, a local disaster agency official, told the Associated Press. "It happened while we still have difficulties in collecting data from nine villages affected by the first quake… People ran out in panic."

The area was hit earlier Friday by a magnitude 6.1 earthquake that killed one person, injured 10 and damaged dozens of houses.

The Reuters news agency reported that Indonesian officials lifted the tsunami warning after about an hour, but disaster agency spokesman Sutopo Purwo Nugroho said in a TV news interview that people should "remain in safe areas," and avoid damaged buildings.

Indonesia is prone to earthquakes because of its location on the "Ring of Fire," an arc of volcanoes and fault lines in the Pacific Basin.

In December 2004, a massive magnitude 9.1 earthquake off Sumatra in western Indonesia triggered a tsunami that killed 230,000 people in a dozen countries. 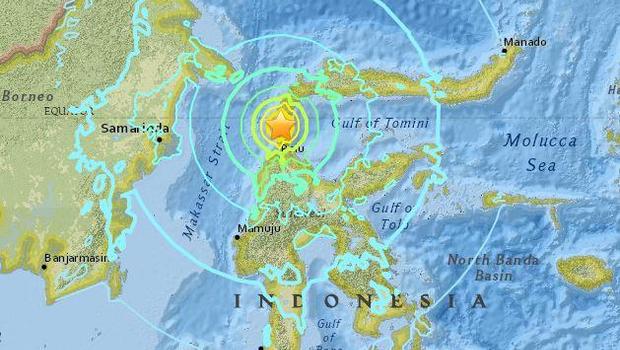 Full interview: Gillibrand and Ernst on sexual assault in the military

Breaking down the 2020 vice presidential debate

CBS News Special: “Justice for All”