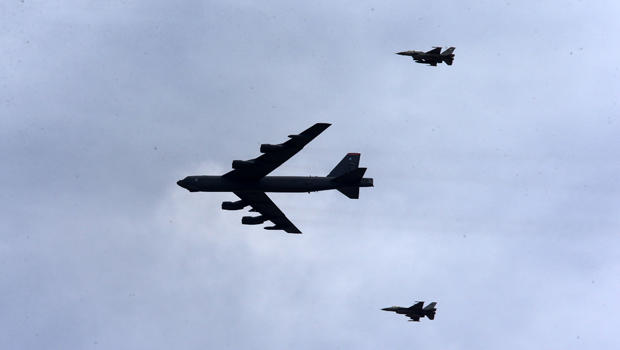 BEIJING—China on Thursday labeled a recent mission by nuclear-capable U.S. B-52 bombers over the disputed South China Sea as "provocative," and said the U.S. was solely responsible for a recent downturn in relations between their militaries. Defense Ministry spokesman Ren Guoqiang also reiterated at a monthly briefing China's objections to a recent U.S. arms sale to Taiwan and the imposition of U.S. sanctions over China's purchase of Russian defense equipment.

"As for the provocative action taken by the U.S. military aircraft, we are firmly against it and we will take all necessary means to safeguard our rights and interests," Ren said.

Two B-52s flew over the strategic waterway, largely claimed by China, earlier this week in what the Pentagon called a routine mission. Separately, two B-52s also flew this week over the East China Sea, where China has declared an air defense identification zone and claims uninhabited islands controlled by Japan.

China has sought to strengthen its claim to the South China Sea by building seven islands on reefs and equipping them with military facilities such as airstrips, radar domes and missile systems. Five other governments claim territory in the oil- and gas-rich area through which an estimated $5 trillion in global trade passes annually.

Asked at the Pentagon on Wednesday about the bomber flights, Defense Secretary Jim Mattis said he wasn't concerned they might raise tensions with Beijing.

"That just goes on. If it was 20 years ago and had they not militarized those features there it would have been just another bomber on its way to Diego Garcia or wherever," Mattis said, according to a Pentagon transcript, referring to a key U.S. base in the Indian Ocean.

"So there's nothing out of the ordinary about it," Mattis said.

China this week also demanded the U.S. cancel a $330 million sale of spare parts and related support for Taiwan's U.S.-made F-16 fighter jets and other military aircraft, warning of "severe damage" to bilateral relations and mutual cooperation if Washington fails to comply.

Washington has no official relations with Taiwan's democratically elected government but is obliged by U.S. law to see that it has the means to defend itself.

The arms sale coincides with a U.S. decision to issue a visa ban and assets freeze on China's Equipment Development Department and its director, Li Shangfu, over the purchase from Russia of Su-35 combat aircraft in 2017 and S-400 surface-to-air missile system-related equipment this year.

China's purchase of the weapons from Rosoboronexport, Russia's main arms exporter, violated a 2017 law intended to punish the government of Russian President Vladimir Putin for interfering in U.S. elections and other activities.

In response, China demanded the sanctions be revoked, summoned the American ambassador and defense attache to deliver a protest, and recalled its navy commander from a U.S. trip.

China also turned down a request for an October port call in Hong Kong by the U.S. Navy amphibious assault ship USS Wasp. China last denied such a visit in 2016 amid a spike in tensions between the countries over the South China Sea.

The increase in friction could affect other exchanges, including a planned visit to the U.S. by Chinese Defense Minister Wei Fenghe, a possibility Ren did not rule out.

"The U.S. side is solely to be blamed for the impacts on the China-U.S. military-to-military relationship. We request the U.S. side to take a rational and mature attitude and create favorable conditions for bilateral exchanges and cooperation," Wei said.

Asked about the confluence of contentious issues, Mattis on Wednesday said he didn't believe the sides were witnessing a "fundamental shift in anything."

"We're just going through one of those periodic points where we've got to learn to manage our differences," Mattis said. 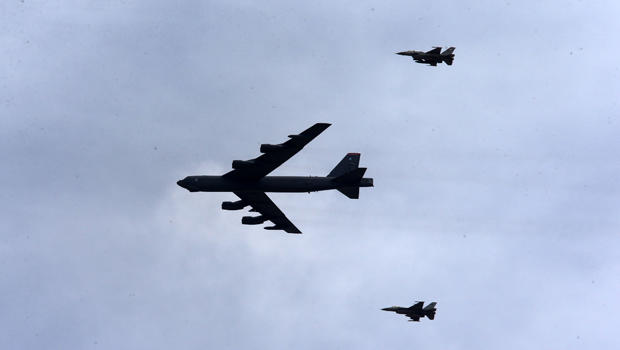 Biden calls for assault weapons ban, but it lacks support in...

Overwhelmed rescuers forced to leave some cyclone victims behind