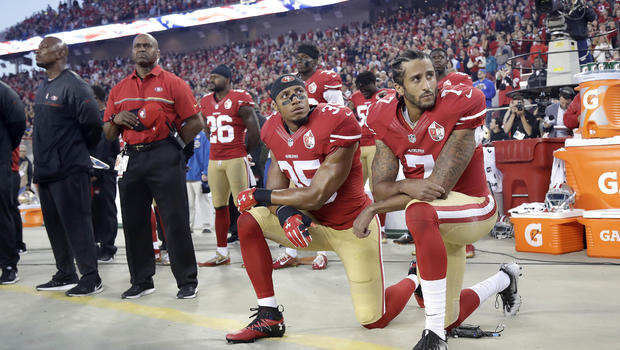 The Carolina Panthers have signed Eric Reid, a free agent safety, to a one-year contract, the team announced Thursday. "Eric has been a starting safety in the NFL and has played at a high level throughout his career," general manager Marty Hurney said in a statement on the Panthers' website. "After we put (safety) Da'Norris Searcy on injured reserve, Ron (Rivera) and I discussed our options, and Eric was at the top of our list. He is a physical safety with good ball skills and play-making ability."

CBS Sports reports that Reid, a 2013 first-round pick of the San Francisco 49ers, knelt alongside Colin Kaepernick during the 2016 season to protest social injustice and did the same in 2017.

Last September, he described in a New York Times op-ed why he decided to kneel.

"In early 2016, I began paying attention to reports about the incredible number of unarmed black people being killed by the police. The posts on social media deeply disturbed me, but one in particular brought me to tears: the killing of Alton Sterling in my hometown Baton Rouge, La," he wrote. "This could have happened to any of my family members who still live in the area. I felt furious, hurt and hopeless. I wanted to do something, but didn't know what or how to do it. All I knew for sure is that I wanted it to be as respectful as possible."

"A few weeks later, during preseason, my teammate Colin Kaepernick chose to sit on the bench during the national anthem to protest police brutality," he wrote.

He said he later approached Kaepernick and that the two decided to kneel during the national anthem "as a peaceful protest."

Reid went unsigned this offseason and was passed over by several teams — including the Titans and Falcons — that were in need of help at safety, CBS Sports reports. In October last year, he filed an official grievance letter with the NFL. He claimed that the league and team owners colluded to prevent his employment over his protest activities, The Associated Press reports.

In March, Reid said he wouldn't take a knee during the anthem once he's back on the field.

"I'm not saying I'm going to stop being active because I won't," Reid said, according to The Washington Post. "I'm just going to consider different ways to be active, different ways to bring awareness to the issues of this country and improve on the issues happening in this country. I don't think it will be in the form of protesting during the anthem. I say during because it's crazy that the narrative changed to we were protesting the anthem and that wasn't the case. I think we're going to take a different approach to how we're going to be active."

In Carolina, Reid joins a defense that has uncharacteristically struggled this season; the unit, regularly among the league's best, currently ranks 23rd overall, via Football Outsiders' metrics, and is 20th in pass defense. Reid should help improve those numbers, CBS Sports reports. 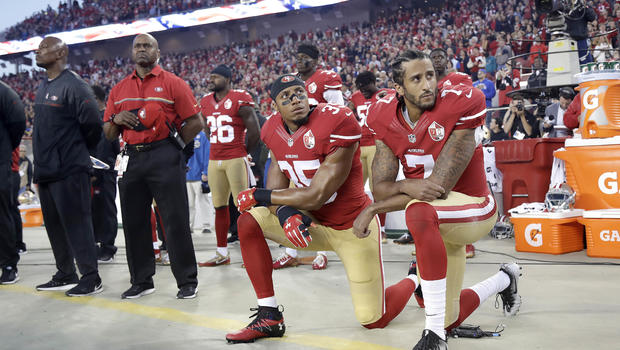