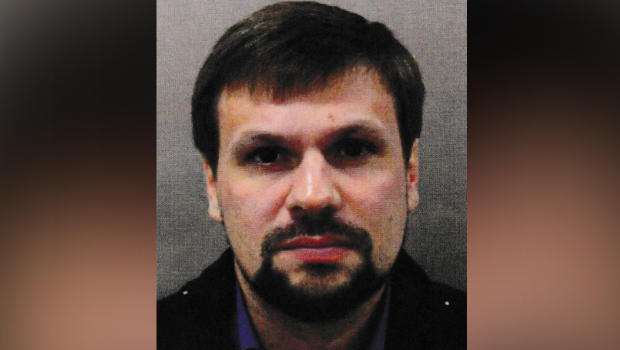 MOSCOW — An investigative group in Britain says it has identified one of the two suspects in the poisoning of an ex-Russian spy in the U.K. as a highly-decorated colonel in the Russian military intelligence agency GRU. The group, Bellingcat, said Wednesday that the suspect, whose passport name was Ruslan Boshirov, is in fact Col. Anatoliy Chepiga, who in 2014 was awarded Russia's highest medal, the Hero of Russia.

But beyond a photo from Chepiga's 2003 passport file resembling Boshirov, the report didn't contain further proof that Boshirov and Chepiga are the same person.

Britain has charged Boshirov and another suspect, Alexander Petrov, with trying to kill Russian ex-spy Sergei Skripal and his daughter on March 4 with the Soviet-designed nerve agent Novichok in the English city of Salisbury. Britain has said the attack received approval "at a senior level of the Russian state," an accusation Moscow has fiercely denied.

There was no immediate comment from Moscow on the latest claim from Bellingcat, which relies on social media and open sources in its investigations. The group has heavily focused on Russia, exposing its military activities in Ukraine, Syria and elsewhere.

Earlier this month, the two Russian men appeared on the state-funded RT channel, saying they visited Salisbury as tourists and had nothing to do with the Skripal poisoning. They denied the British claim that they were Russian military intelligence officers, saying they work in the nutritional supplements business.

Bellingcat said it had received tips from former Russian military officers and perused pictures of graduates of Russian military academies. They found a man resembling Boshirov in a group shot and then rummaged through leaked official databases to find personal details.

It identified the man as Chepiga, and eventually tracked down his passport file, dated 2003, with a picture bearing a strong resemblance to Boshirov.

Bellingcat said Chepiga served several stints in Chechnya, where Russian forces were fighting Islamic rebels. It said that Chepiga's passport file recorded his service with a Russian military unit that was part of the GRU's special forces.

The group said that Chepiga's military school listed him among graduates bestowed with the Hero of Russia award in December 2014, adding that the data signaled that he likely received the medal for his actions in eastern Ukraine.

In response to the Skripal poisoning, U.S. Ambassador to the U.K. Woody Johnson said in a tweet earlier this month that the U.S. and Britain "stand firmly together in holding Russia accountable for its act of aggression."

The U.S. levied sanctions against Russia at the end of August in retaliation for the attack.

Gordon said it only took a couple of drops of Novichok to shut down parts of Salisbury for months. Skripal and his daughter Yulia recovered after weeks in the hospital. Two local residents who touched a discarded bottle containing the nerve agent were also sickened and one of them, Dawn Sturgess, died. 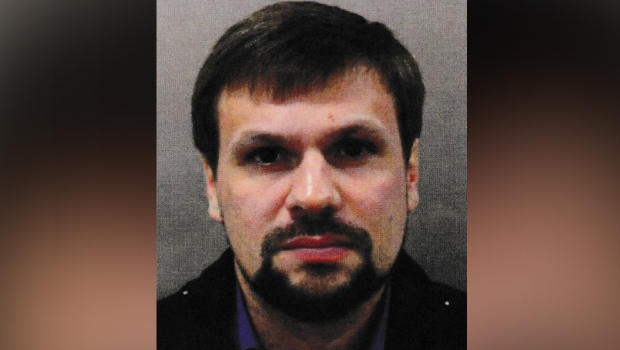