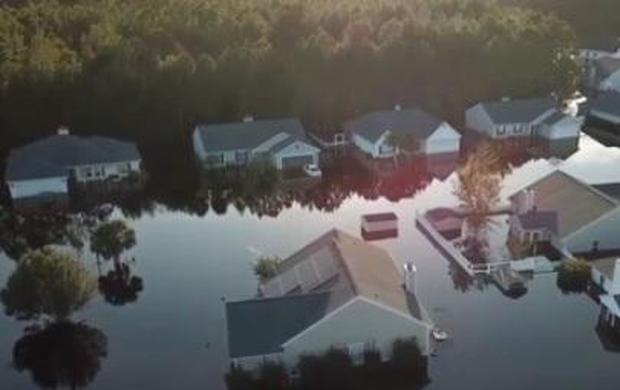 BLADENBORO, N.C. — Rivers swelling with the floodwaters of former Hurricane Florence are threatening to swamp communities near the South Carolina coast, leaving thousands ready to evacuate.

More than a week after Florence crashed into the Carolinas, dumping heavy rains, all that water is nearing the coast. Authorities in Georgetown County, South Carolina, said they have put as many as 8,000 people on alert for possible evacuations starting Monday in expectation of a "record event" of up to 10 foot floodwaters this week.

Officials are especially eyeing gauges along the Pee Dee and Waccamaw Rivers and said people should be ready to leave homes in the potential flood zones before possibly life-threatening flooding begins setting in as early as Tuesday.

Georgetown County's emergency management director, Sam Hodge, said in a video message posted online Sunday that shelters are being opened Monday for area residents and he pleaded with people to alert neighbors and friends to the possible dangers ahead. The community also was distributing free sandbags but said Monday was likely the last day to rush preparations before the affected should get out.

"From boots on the ground to technology that we have, we are trying to be able to get the message out," Hodge said in the video feed, advising people not to await an official evacuation order should they feel unsafe.

Residents in areas that aren't expected to flood were also being urged to evacuate since roads may be cut off, according to a statement by Georgetown County spokesperson Jackie Broach cited by CBS Charleston, S.C. affiliate WCSC-TV.

The flooding has been going on for days in neighboring North Carolina already, the water slowly meandering to the coast.

The storm has claimed at least 44 lives in North and South Carolina and Virginia since slamming into the coast Sept. 14, a CBS News count shows.

In North Carolina, five river gauges were still at major flood stage and five others were at moderate flood stage, according to National Weather Service. The Cape Fear River was expected to crest and remain at flood stage through the early part of the week, and parts of Interstates 40 are expected to remain underwater for another week or more.

Parts of Interstate 95 had also been expected to be underwater for days, but North Carolina Gov. Roy Cooper announced Sunday night that the major highway has been reopened to all traffic, as floodwaters had withdrawn faster than expected.

But floodwaters already receding on one stretch of Interstate 40 left thousands of rotting fish on the pavement for firefighters to clean up. Video showed firefighters blasting the dead fish to the highway shoulder with a fire hose in eastern North Carolina, WCSC says.

"Florence continues to bring misery to North Carolina," North Carolina Gov. Roy Cooper said in a statement Sunday evening. He added that crews conducted about 350 rescues over the weekend and that travel remains treacherous in the southeastern area of his state. But he said National Guard members would be shifting next to more door-to-door and air search wellness checks on people in still-flooded areas.

An economic research firm estimated that Florence has caused around $44 billion in damage and lost output, which would make it one of the top 10 costliest U.S. hurricanes. The top disaster, Hurricane Katrina in 2005, cost $192.2 billion in today's dollars, while last year's Hurricane Harvey cost $133.5 billion. Moody's Analytics estimates Florence has caused $40 billion in damage and $4 billion in lost economic output, though the company stressed that the estimate is preliminary.

In Washington, Congress is starting to consider almost $1.7 billion in new money to aid recovery efforts from Florence. Lawmakers already are facing a deadline this week to fund the government before the start of the new budget year Oct. 1, and members of Congress are expected to try to act on the disaster relief along with separate legislation to fund the government. 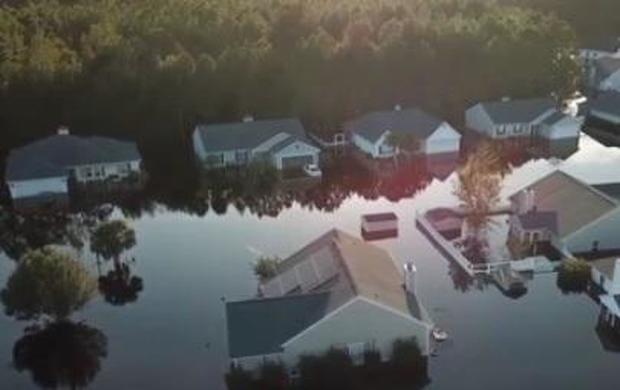