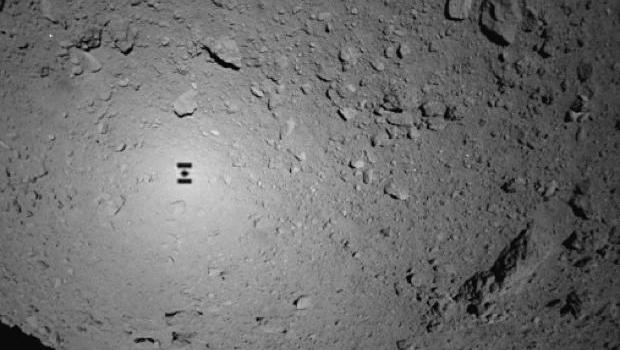 Nearly four years after launch, Japan's Hayabusa2 space probe dropped to within about 180 feet of an asteroid and released two small landers Friday that are designed to hop about the surface, snapping pictures and charting the ancient body's temperature and chemical composition.

Japanese flight controllers Saturday confirmed successful landings and posted the first photos from Rover-1A and 1B, showing blurred images of the asteroid, known as 162173 Ryugu, as the disk-shaped robots settled to the surface and completed initial hops.

"Although I was disappointed with the blurred image that first came from the rover, it was good to be able to capture this shot as it was recorded by the rover," Tetsuo Yoshimitsu, Hayabusa2 program manager, said in an English version of comments posted on the spacecraft's web page.

"Moreover, with the image taken during the hop on the asteroid surface, I was able to confirm the effectiveness of this movement mechanism on the small celestial body and see the result of many years of research."

Project manager Yuichi Tsuda added: "I cannot find words to express how happy I am that we were able to realize mobile exploration on the surface of an asteroid."

The landers were developed by JAXA, the Japanese space agency, and the University of Aizu. Known collectively as MINERVA-II1, both are equipped a stereo camera, a wide-angle camera and a thermometer, along with a novel mechanism that allows them to hop short distances in the asteroid's weak gravity.

They were released from Hayabusa2 early Friday (U.S. time) at an altitude of 180 feet or so above Ryugu. The landers then slowly fell to the surface.

"We are sorry we have kept you waiting!" JAXA tweeted Saturday. "Both rovers are confirmed to have landed on the surface of Ryugu. They are in good condition and have transmitted photos & data. We also confirmed they are moving on the surface. "

A third lander, known as MASCOT, will be released Oct. 3. It was provided by the German and French space agencies and is equipped with a camera, an infrared spectrometer, a magnetometer and a radiometer. A fourth lander, Rover-2, will be deployed next year.

All the while, the Hayabusa2 spacecraft will be mapping Ryugu and studying its surface with optical navigation cameras, a near-infrared spectrometer, a thermal-infrared imager and laser system to precisely map the topography of the asteroid.

The successful landings of the first two rovers "made me so happy," said Takashi Kubota, a spokesman for the project. "From the surface of Ryugu, MINERVA-II1 sent a radio signal to the ground station via Hayabusa2. The image taken by MINERVA-II1 during a hop allowed me to relax as a dream of many years came true.

"I felt awed by what we had achieved in Japan," he said. "This is just a real charm of deep space exploration."

Hayabusa2 was launched atop a Japanese H-2A rocket on Dec. 3, 2014. To reach its target, the spacecraft carried out a gravity-assist flyby of Earth in December 2015, putting the probe on course for arrival at Ryugu last June.

The mission is devoted to learning more about the composition and evolution of C-type, or carbonaceous, asteroids and to test technologies enabling deep space sample collection and techniques for obtaining sub-surface materials for later analysis.

If all goes well, Hayabusa2 will make several attempts to collect up to a gram or so of Ryugu's soil for return to Earth in 2020.

For the first attempt, Hayabusa2 will approach to within a few feet of Ryugu, fire a small projectile into the soil immediately below and use a horn-like collector to capture dust and small fragments kicked up by the impact.

To obtain sub-surface samples, Hayabusa2 fill release a five-and-a-half-pound impactor loaded with HMX plastic explosive designed to blast out a crater in the surface. With Hayabusa2 out of harm's way on the other side of Ryugu, the HMX will detonate, blasting a copper impactor into the surface while a free-flying camera released earlier records the impact.

After waiting for the dust to settle in Ryugu's weak gravity, Hayabusa2 will descend into the newly-formed crater to collect pristine soil samples unaffected by solar radiation and other "weathering" effects.

"Learning about asteroids is important for the future of space exploration," Hitoshi Kuninaka, a senior spacecraft manager, said before launch.

"This is a difficult mission, but in order for humans to expand from Earth into space, it will be necessary to meet challenges. We need a lot of technology and information about the solar system, and Hayabusa 2 will make a big step in these areas to help us be ready to plan and collaborate in the next step of space exploration." 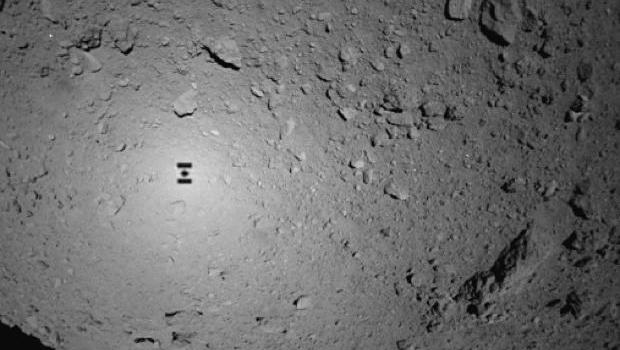 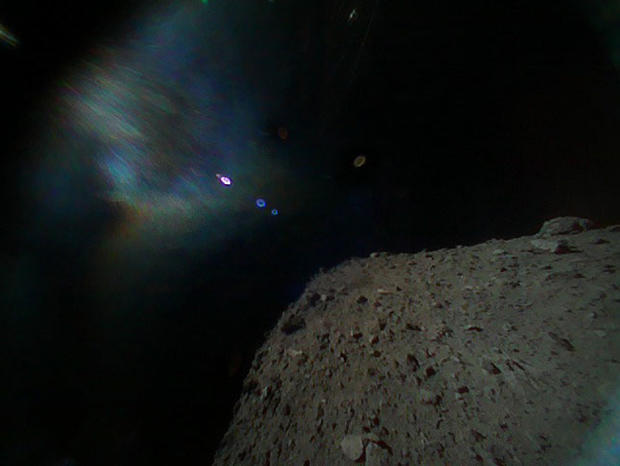 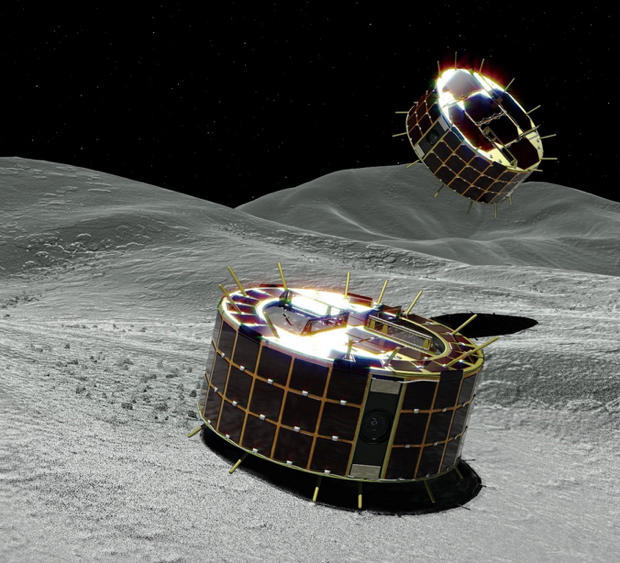