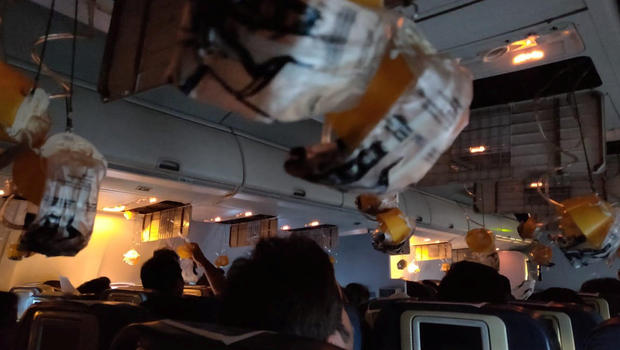 NEW DELHI — A Jet Airways flight returned to Mumbai, India's financial capital, on Thursday after dozens of passengers complained of ear pain and nose bleeding due to the loss in cabin pressure. Lalit Gupta, a senior official of India's aviation regulator, the Directorate General of Civil Aviation (DGCA), told the Hindustan Times newspaper that the crew had forgotten to select a switch to maintain cabin pressure, BBC News reports.

An airline statement said Flight 9W697 with 166 passengers and five crew members landed normally in Mumbai. Medical help was given to 30 passengers.

Oxygen masks were deployed during the emergency aboard the Boeing 737, said Darshak Hathi, a passenger. Passengers on board the plane tweeted photos and video with oxygen masks, and one tweeted a photo of his nose bleeding.

According to Flightradar24 aviation tracking site, the plane stopped climbing at 11,000 feet before returning to Mumbai.

Hathi also said there was a problem with the plane's air conditioning after it took off from Mumbai.

The Press Trust of India news agency quoted an official as saying the malfunctioning occurred during the plane's climb. The plane was heading to Jaipur, a tourist destination and the capital of Rajasthan state.

Jet Airways said in a statement that Thursday morning's flight had turned back "due to loss in cabin pressure" and "regretted" the inconvenience caused to its passengers.

The airline said the flight's cockpit crew was taken off scheduled duties pending an investigation. 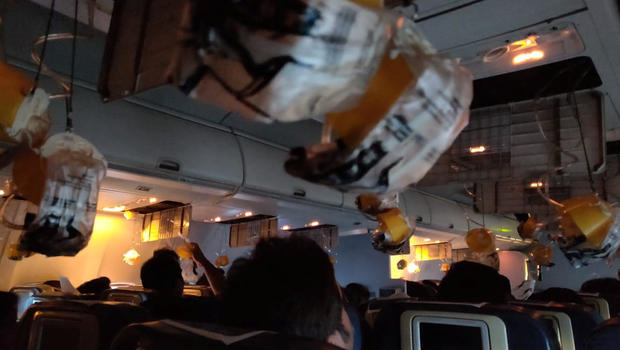 Gas prices fall below $4 for first time since March

Father convicted of fatally shooting his 2 teenage daughters in Texas

Southwest flight attendant breaks her back during hard landing