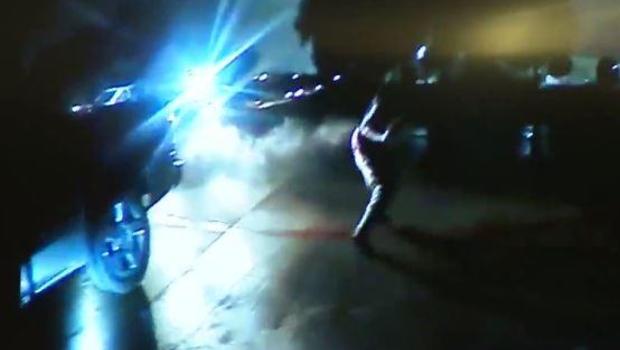 DALLAS — A Dallas-area black man mistaken for a thief last year as he tried to unlock his own truck had his hands in the air and was begging not to be shot when a police officer shot him twice, a prosecutor said Tuesday. Dallas County prosecutor Bryan Mitchell told jurors during opening statements in the trial of former Mesquite officer Derick Wiley that Lyndo Jones was struck in the back as he backed away.

Wiley, who is also black and who was subsequently fired from the department for use-of-force violations, is charged with aggravated assault in the Nov. 8 shooting. Jones filed a lawsuit in January that said his recovery has been "fraught with multiple returns to emergency rooms."

Authorities have said Jones was shot after Wiley responded to a report of someone breaking into a vehicle, setting off its alarm. A 911 caller reported a man trying to enter the truck was acting erratically, according to testimony Tuesday reported by KXAS-TV. Body camera video played for jurors showed Wiley responding and ordering Jones to the ground after finding him in the truck. Jones goes to the ground but eventually gets up and appears to start running before turning and pleading not to be shot.

Jones' attorney said Wiley placed his foot on Jones' neck, causing a pain that prompted Jones to get back to his feet.

A lawyer for Wiley said the officer was forced to make a split-second decision after being led to believe the suspect was burglarizing the truck. Video played for the jury showed Wiley telling investigators that he thought Jones was armed. "I thought he was going to kill me," Wiley said.

Authorities determined that Jones did not have a weapon.

The trial is expected to last through the week.

The aggravated assault charge carries a sentence of between five years and life in prison, and up to a $10,000 fine. District Attorney Faith Johnson previously said her office will "seek the maximum" sentence. 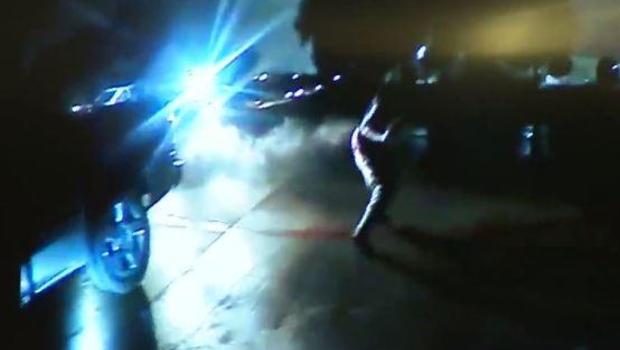