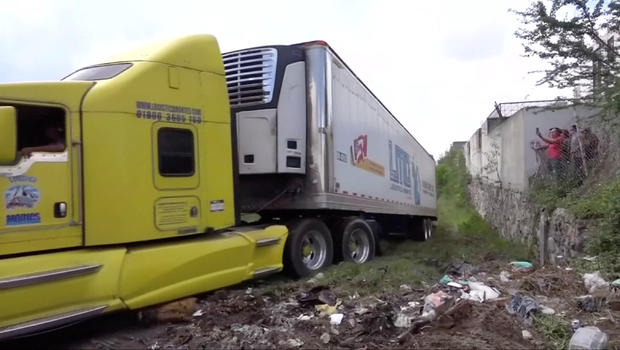 MEXICO CITY — The governor of the western Mexico state of Jalisco has fired the director of the state morgue after a refrigerated truck carrying 157 unidentified bodies drew complaints from neighbors over the smell. Jalisco Gov. Aristoteles Sandoval said he had ordered the ouster of the director of the Jalisco Forensics Institute for what he called "indolence and negligence."

But the former director, Luis Octavio Cotero, told local media on Tuesday he had warned prosecutors two years ago that the state's overflowing morgue couldn't handle the number of bodies piling up amid Mexico's rising wave of homicides.

According to BBC News, laws in Mexico prevent bodies linked to violent crimes to be cremated until investigations are complete. Authorities said they were looking for a long term solution to storing bodies after the rise in violence.

The scandal arose over a truck that had shuttled around the outskirts of the city of Guadalajara with its macabre load in recent days, being chased out each time neighbors complained about the smell.

Cotero said prosecutors also had rented a second refrigerated truck after the first one filled up with unclaimed bodies, though it wasn't clear where that truck was located. While refrigeration can slow the decomposition of bodies, many of the corpses had been recovered from clandestine graves in the state and are already rotted.

Cotero denied he made the decision to order one of the trucks out of the morgue parking lot. That truck was driven between parking lots and finally a vacant field in the Guadalajara area. In each case, neighbors' complaints forced it to move.

He denied he was insensitive to the families of missing people whose bodies might be unidentified, noting, "My own daughter is disappeared." His daughter, a lawyer, was reported missing in July, and has not been heard from since.

Officials recorded 16,339 homicides across Mexico In the first seven months of this year, an increase of 17 percent from the same period of 2017.

The killings have hit particularly hard in Tlajomulco and Tlaquepaque, two suburbs of Guadalajara where the corpse-laden truck was parked. Both townships have seen the homicide rate rise above 50 per 100,000 residents this year.

Earlier this year, the U.S. State Department issued a travel ban to five Mexican states amid the increase in violence. It's the same warning issued to war-torn countries like Syria, Afghanistan and Somalia.

Residents of one Tlajomulco housing development rebelled against the presence of the blood-stained truck, posting videos of the vehicle being moved out of a vacant lot near their homes. "It is carrying bodies. Don't let them park it in your neighborhood," a man can be heard saying on the video.

Meanwhile, state officials are trying to construct a cemetery to hold unclaimed bodies that could be located again if they are identified. But neighbors of that project, which would hold 800 bodies, oppose it, fearing it would bring crime, disease, smells or decreased property values. 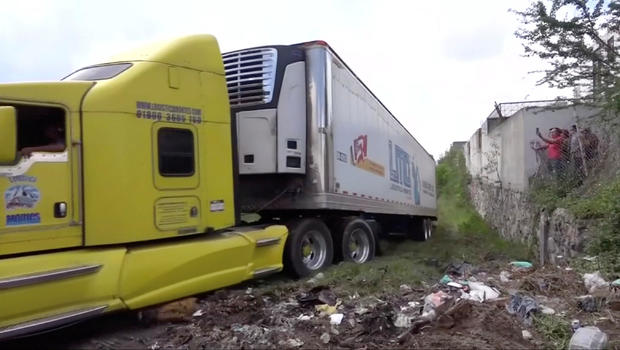