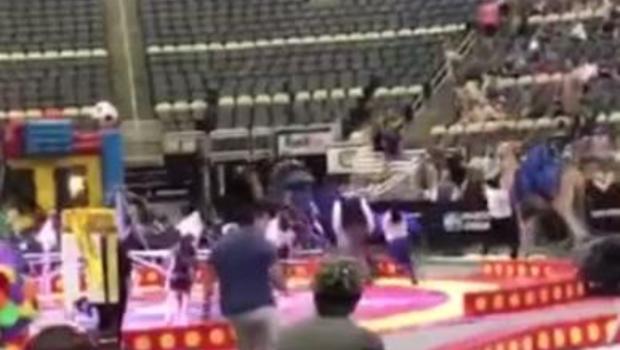 PITTSBURGH — Seven people, most of them children, were injured when a startled camel started bucking during a Pittsburgh circus.

The Pittsburgh Post-Gazette reports that two children and an adult were riding the camel during an intermission Sunday at the Shrine Circus at PPG Paints Arena when it became startled. The newspaper says one child's arm was broken, which appeared to be the most serious injury.

The child was taken to a hospital along with five other children and one adult.

The incident happened around 3:30 p.m. as people were buying rides on tethered camels, ponies or elephants led by handlers.

The camel was brought under control and the circus resumed.

The circus was on its third and final day.

The Pittsburgh Department of Public Safety told CBS Pittsburgh the children and the adult were riding the tethered camel, which was led by qualified handlers, when the animal "got spooked" and started bucking.

Public safety and circus officials didn't immediately know what startled the camel, but one witness told the station a child threw a shovel, used to clean up after the animals, at the camel's feet.

"They were giving camel rides and camels were walking around calmly. And then a kid threw a shovel at the camel's feet, which startled the camel and it started to buck," Ruthie Kester said.

Witness Marlo Shipeck told CBS Pittsburgh, "They went crazy and they just started running everywhere and [my daughter] was holding onto me and she was super scared and she was crying."

Officials say the handlers regained control of the camel within 11 seconds.

In a Facebook video, an announcer can be heard saying, "Ladies and gentlemen, remain calm please. Please remain calm. No unnecessary movement. Slowly leave the arena floor if you feel safer. We are looking for a medic, an EMT."

Emergency medical services were on hand for the event and they provided medical treatment to the children and adult who were injured.

No animals, including the camel, were injured during the incident and all were checked out and cleared by a veterinarian.

Pittsburgh Police and the Shrine Circus are reviewing the incident.

Animal rights activists have objected to bringing the circus to town, saying they believe the animals are abused.

"We are saddened to hear of the incident that took place today at PPG Paints Arena with the Shrine Circus, but not at all surprised. Animal circuses, especially those whom the Syria Shrine Circus subcontracts their animals from, have a long history of animal abuse and public safety violations," the statement said in part.

Rachel Mathews, PETA Foundation Deputy Director of Captive Animal Law Enforcement, said in a separate statement that, "This dangerous incident is exactly what Pittsburgh's ban on using weapons to threaten wild and exotic animals should be preventing. Had the Shriners abided by the law and left animals out of their show, instead of taking the city to court, this camel and these children would have been spared this terror and possible injury. PETA is calling on the Syria Shriners to let this be the straw that ends the camel acts and urging the public never to buy a ticket to any circus that uses animals."

Paul Leavy, a Shrine Circus organizer since 1993, has said in the past that the Shriners do not abuse animals. 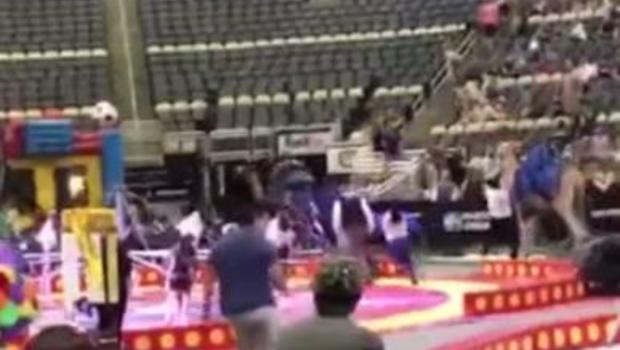 Stan Smith: The man behind fashion's favorite pair of Adidas

More than 101 million Americans are fully vaccinated against COVID-19

Rep. Schiff says Trump Jr.'s statements “not much of a defense”

Comedian ordered off bus and detained by Border Patrol agents