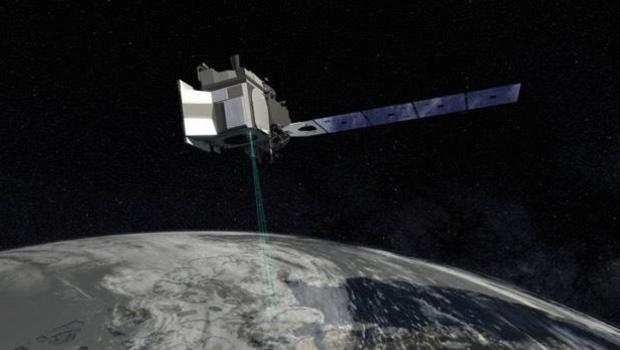 United Launch Alliance is readying the company's final Delta 2 rocket for takeoff Saturday on a flight to put a $1 billion NASA satellite — ICESat-2 — into orbit. The satellite will fire 10,000 laser pulses per second at the Earth below to measure the elevation, thickness and extent of polar ice sheets and glaciers.

The goal is to replace an earlier, less-powerful satellite — ICESsat — and to extend on-going "IceBridge" aircraft measurements, enabling more accurate predictions of ice loss and sea level increases due to climate change and other factors. The instruments also measure the height of forest canopies, lakes and ocean levels.

"One of the most important things for us as scientists trying to tie changes in the ice to changes in the Earth system is length of record," said Tom Wagner, a senior scientist at NASA Headquarters.

"By having ICESat, IceBridge and ICESat 2, we're going to be able to look at the decadal time scale and look at how larger variations in the Earth systems are affecting the ice so we can do a better job with forecasts and just also understand the changes that are occurring now."

Liftoff from Vandenberg Air Force Base northwest of Los Angeles is targeted for 5:46 a.m. PDT (GMT-7; 8:46 a.m. EDT), the opening of a two-and-a-half-hour window. Forecasters predicted a 100 percent chance of acceptable weather, although ground fog was expected to reduce visibility near the pad.

While liftoff will mark the beginning of a critical environmental research mission, it will mark the end of an era for the Delta 2 as nostalgic rocket engineers take in the workhorse booster's final flight.

Making its maiden flight 1989, the medium-lift Delta 2 rocket, originally built by McDonnell Douglas, then Boeing and now United Launch Alliance, put the first of more than two dozen Global Positioning System navigation satellites into orbit, changing the way transportation operates in America and around the world.

Since then, Delta 2s have launched scores of satellite telephone relay stations, seven Mars missions, including the Pathfinder, Spirit and Opportunity rovers, and numerous Earth observation satellites and science spacecraft, including the Spitzer Space Telescope and the planet-hunting Kepler telescope.

In all, 154 Delta 2 rockets were launched between the booster's first flight in February 1989 and its most recent flight in November 2017. The program suffered only one outright failure, triggered by the rupture of a strap-on booster in 1997, and since then, 99 Delta 2s in a row have been successfully launched. If all goes well, ICESat-2 will mark the 100th.

"I'm a little bit melancholy about this," said NASA Launch Director Tim Dunn. "Delta 2 holds a really special place in so many folks' hearts. It's been around for 30 years now, and it really carried on the legacy of Delta 1, which reaches all the way back to May of 1960. This will be the 381st launch of any type of Delta vehicle, the 155th launch of just a Delta 2."

Scott Messer, manager of NASA programs for United Launch Alliance, said Delta 2 rockets have launched "everything from GPS missions to Earth observers like ICESat-2 and weather satellites as well as Mars missions."

"If you think about that, the Delta 2 vehicle has touched the lives of probably every single person in America in the technology it has enabled over its 30 years. So it's been a very, very prominent part of space history."

The ICESat-2 mission is a fitting final cargo for the Delta 2.

The 3,340-pound solar-powered satellite is one of the most technologically sophisticated environmental research spacecraft ever built. It is designed to measure the height, thickness and extent of ground and sea ice to an accuracy of less than one inch.

It will do that from a 300-mile-high polar orbit tilted 88 degrees to the equator using a single instrument known as the Advanced Topographic Laser Altimeter System, or ATLAS, that includes a laser and advanced electronics that can fire it thousands of times per second. Should problems develop, a backup is on board.

By measuring the time it takes for a telescope in the ATLAS instrument to detect photons reflected back into space, scientists can calculate how far away an ice surface is, compare it to surrounding areas and determine its relative height and thickness. Over time, researchers can see how those levels are changing.

"As the beam exits the instrument, it is split into six beams," said Donya Douglas-Bradshaw, the ATLAS instrument manager at NASA's Goddard Space Flight Center. "ATLAS essentially acts like a stop watch. The ATLAS laser fires 10,000 pulses a second with a trillion photons in each shot. Each time the laser fires, it starts a stopwatch."

It will take about 3.3 milliseconds for the green beams to leave the laser, reach Earth's surface and bounce back. Only about a dozen photons in each beam will make it back to the telescope, but each one will reflect a specific longitude, latitude and elevation.

"ATLAS has the ability to time tag a single photon to billionth of a second accuracy, Douglas-Bradshaw said. "This precision allows the instrument to detect annual changes in ice elevation on the order of a half a centimeter."

"Sea ice is often only a few centimeters higher than the water it floats in," he said. "And since the speed of our laser light is so fast, the timing has to be incredibly accurate. ATLAS will be able to measure elevation differences of just a few centimeters from its orbit 300 miles above the Earth. It really is an incredible engineering feat, but it's one that the science critically depends on."

The original ICESat featured a single laser beam and measured elevation very 100 yards or so along its ground track. Neumann said the ATLAS instrument on the new satellite will measure elevation every two feet with each of its six beams as the satellite moves through space at some 16,000 mph.

"To put this in perspective, in the half a second it takes a person to blink, ICESat-2 will collect 5,000 elevation measurements in each of its six beams, every minute of every hour of every day for the next three years," he said. "And that incredible timing precision will allow us to measure elevation changes across the entire ice sheet to less than a centimeter."

That's important, he said, because elevation changes of a centimeter, or less than half an inch, over an ice sheet the size of Antarctica "represents a tremendous amount of water, either gains to or loss from the ice sheet – 140 gigatons worth," Neumann said.

ICESat-2's orbit is designed to permit repeat observations of the same areas as the mission progresses. Every 91 days — 1,387 orbits — ICESat-2 will return to its starting point and begin repeating its initial observations.

"This allows the mission to look at the same piece of Earth in each of the four seasons, enabling scientists to use that data to characterize the changes that they're observing," Neumann said.

ICESat-2 is designed to operate for at least three years, but the spacecraft has enough propellant on board to last for seven to 10 years if it remains in good health. 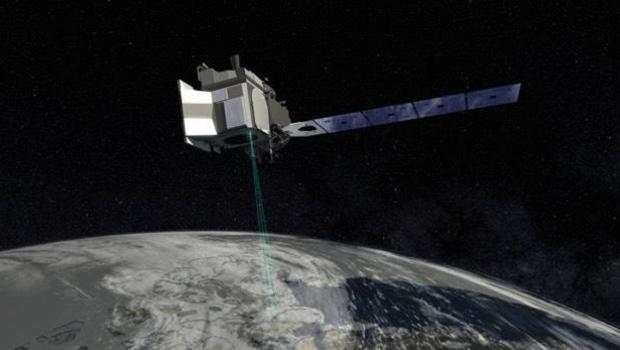 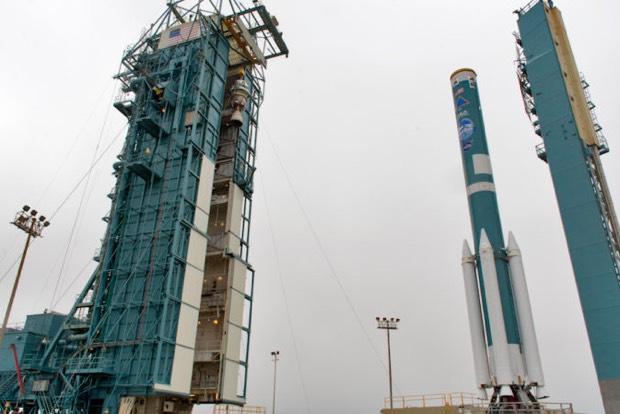 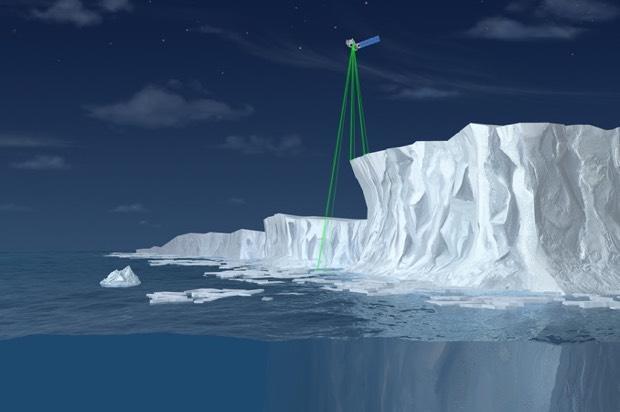