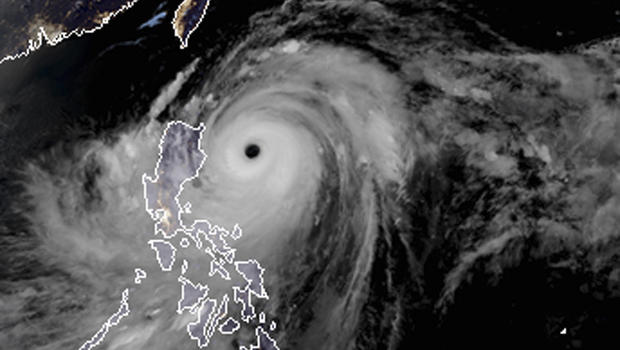 TUGUEGARAO, Philippines — Powerful Typhoon Mangkhut has slammed into the country's northeastern coast, according to Philippine officials. More than 5 million people are at risk from the storm, which the Hawaii-based Joint Typhoon Warning Center categorizes as a super typhoon with powerful winds and gusts equivalent to a Category 5 Atlantic hurricane.

Forecasters said early Saturday local time that the typhoon made landfall in the coastal town of Baggao in Cagayan province nearly two hours after midnight in the northern tip of the main Luzon island. It is an agricultural region of flood-prone rice plains and mountain provinces often hit by landslides.

Witnesses said the storm's ferocious wind and blinding rain ripped off tin roof sheets and knocked down power at the start of the onslaught.

With a huge raincloud band 900 kilometers (560 miles) wide, combined with seasonal monsoon rains, the typhoon could bring heavy to intense rain that could set off landslides and flash floods. Storm warnings have been raised in almost all the provinces across the main northern island of Luzon, including the capital, Manila, restricting sea and air travel.

"It can lift cars, you can't stand, you can't even crawl against that wind," Paciente said at a news conference in Manila.

In Cagayan's capital city of Tuguegarao, residents braced for the typhoon's fury by reinforcing homes and buildings and stocking up on food.

"It was busy earlier in the hardware store and people were buying wood, nails, tin wire, plywood and umbrellas," said Benjamin Banez, who owns a three-story hotel where workers were busy hammering up wooden boards to protect glass panels.

A super typhoon wrought heavy damage to Banez's hotel and the rest of Cagayan in 2016. "We're praying that there will be less damage this time, although we know that this one will be very strong," Banez said.

Ninia Grace Abedes abandoned her bamboo hut and hauled her four children to a school building serving as an emergency shelter. The 33-year-old laundrywoman said the 2016 typhoon blew away their hut, which they abandoned before the storm hit.

More than 15,300 people had been evacuated in northern provinces by Friday afternoon, the Office of Civil Defense said.

"We are really frightened," said Delaila Pasion, who fled her home in the northern Philippines. "We were too scared to remain."

"During the previous monsoon rains, half of our house was destroyed so I wanted to take my grandchildren to safety," she said, the AFP reported.

Concerns over massive storm surges that could be whipped inland by the typhoon's winds prompted wardens to move 143 detainees from a jail in Cagayan's Aparri town to nearby towns, officials said.

The typhoon was approaching at the start of the rice and corn harvesting season in Cagayan, a major agricultural producer, and farmers were scrambling to save what they could of their crops, Cagayan Gov. Manuel Mamba said. The threat to agriculture comes as the Philippines tries to cope with rice shortages.

BBC News reports that locally, the storm is known as Ompong.

After the Philippines, the Hong Kong Observatory predicts Mangkhut will plow into the Chinese mainland early Monday south of Hong Kong and north of the island province of Hainan. Though it is likely to weaken from a super typhoon to a severe typhoon, it will still be packing sustained winds of 175 kph (109 mph), it said.

The observatory warned of rough seas and frequent heavy squalls, urging residents of the densely populated financial hub to "take suitable precautions and pay close attention to the latest information" on the storm.

The gambling enclave of Macau, near Hong Kong, suffered catastrophic flooding during Typhoon Hato last August that left 10 dead and led to accusations of corruption and incompetence at its meteorological office.

On the Chinese mainland, the three southern provinces of Guangdong, Guangxi and Hainan are coordinating preparations, including suspending transport and moving people to shelter inland, the national meteorological agency reported.

Guangdong, China's manufacturing hub, has set up 3,777 shelters, while more than 100,000 residents and tourists have been moved to safety or sent home. The province has recalled more than 36,000 fishing boats to port, while train services between the cities of Zhanjiang and Maoming have been suspended and all ferry services between Guangdong and Hainan have been put on hold. Fujian province to the north of Guangdong is also closing beaches and tourist sites, the agency reported.

Philippine forecasters said the shifting typhoon could possibly blow toward Vietnam after it exits late Saturday or early Sunday.

In an emergency meeting Thursday, President Rodrigo Duterte asked Cabinet officials from the north to help oversee disaster-response work and told reporters it was too early to consider seeking foreign aid.

"It would depend on the severity of the crisis," Duterte said. "If it flattens everything, maybe we need to have some help." 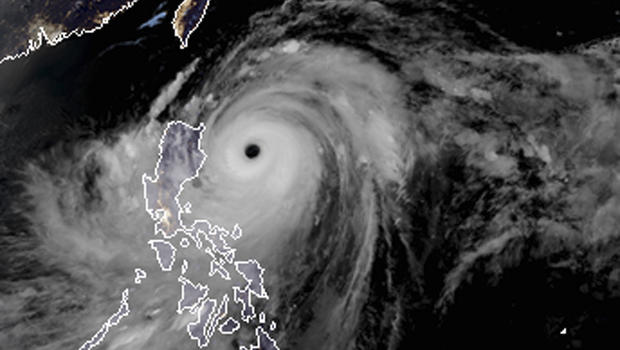 Pamela Anderson lashes out at “devils and liars” after Assange arrest