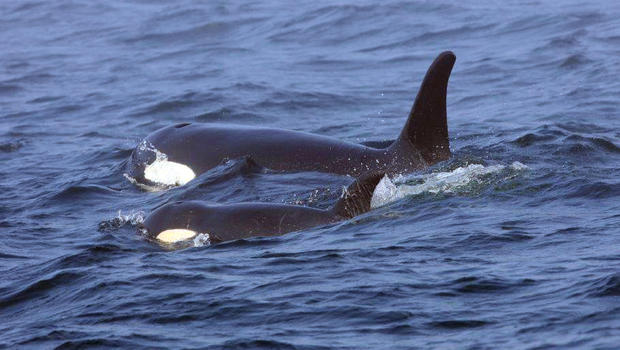 SEATTLE — Efforts to find a sick young orca from a critically endangered population of killer whales in the Pacific Northwest came up empty Thursday, and a scientist who tracks the animals declared her dead — though federal authorities said they'd keep looking.

The grim news means scientists believe just 74 whales remain in a group that has failed to reproduce successfully in the past three years. The orcas have struggled with pollution, boat noise and, most severely, a dearth of their preferred prey, chinook salmon, because of dams, habitat loss and overfishing.

"We're watching a population marching toward extinction," said Ken Balcomb of the Center for Whale Research. "Unless we do something about salmon recovery, we're just not going to have these whales in the future."

The whales are in such bad shape that experts prepared last-ditch efforts to save the emaciated nearly 4-year-old known as J50. A sharpshooting veterinarian fired an antibiotic-filled dart into her, crews dropped live salmon in front of her to try to get her to eat, and scientists even mulled capturing her so they could diagnose and treat her.

J50 has not been seen since last Friday. As teams scrambled to find her Thursday, she failed to appear with her pod once again, despite favorable sighting conditions. Balcomb, who tracks the whales for the U.S. government, declared her dead late Thursday afternoon.

Michael Milstein, a spokesman for NOAA Fisheries, said the agency gives great weight to Balcomb's assessment of the whales, given his long experience monitoring them. But, he said the U.S. and Canadian governments plan to continue searching Friday on the chance she's still alive.

"We want to make the most of it to make sure that if J50 is there, we haven't missed her," Milstein said. "We haven't given up hope."

Crews in a U.S. Coast Guard helicopter, 10 vessels, whale watch crews and other resources on both sides of the border were involved in the search. Authorities also alerted a network of people who respond when marine mammals wash ashore.

Whale experts feared the orca was dead earlier this month when J50 lagged behind her family and went missing. But she later turned up and was seen with her family.

The distinctive black-and-white orcas, known as southern resident killer whales, have struggled since they were listed as an endangered species in the U.S. and Canada well over a decade ago.

The orcas' numbers are now at their lowest in more than three decades.

Another whale in the same pod, known as J35, triggered international sympathy this summer when she kept the body of her dead calf afloat in waters for more than two weeks.

The message, the Center for Whale Research said in a website post, is that extinction is looming "while the humans convene task forces and conference calls that result in nothing, or worse than nothing, diverting attention and resources from solving the underlying ecological problems."

Scientists began to be concerned about J50 in July. Teams dropped live salmon from a boat as J50 and her pod swam behind — a test to see whether fish could be used as a means of delivering medication.

Drone images taken earlier this month showed J50 much thinner than she was last year. Her mother, J16, has also declined in condition in the past month. 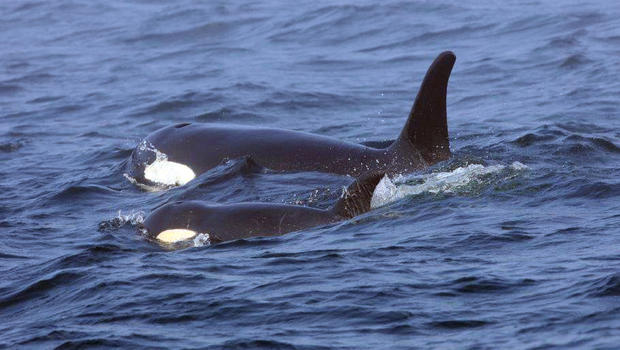 Anna “Delvey” Sorokin to star in new reality show while on...