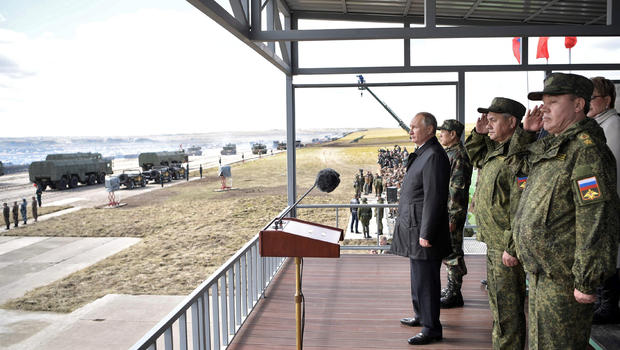 CHITA, Russia — Russian President Vladimir Putin on Thursday inspected war games in eastern Siberia that have been billed as the biggest Russia has ever had.

The weeklong Vostok (East) 2018 maneuvers span vast expanses of Siberia and the Far East, as well as the Arctic and the Pacific Oceans. They involve nearly 300,000 Russian troops along with 1,000 Russian aircraft and 36,000 tanks and other combat vehicles.

"This is the first time our army and fleet have undergone such a difficult and large-scale test," Putin said in comments published on the Kremlin website and noted by the Reuters news agency.

Speaking at a firing range in the Chita region on Thursday, Putin lauded the troops for their "high-level" performance and insisted the drills are not targeted at any other country.

"Russia is a peaceful nation," Putin said. "We do not and cannot have any aggressive plans."

More than 3,000 Chinese troops have joined the Russian military in the maneuvers aimed to showcase burgeoning military ties between Moscow and Beijing amid their tensions with the U.S.

The Chinese media have described the People's Liberation Army involvement in the drills as the country's largest-ever dispatch of forces abroad for war games. 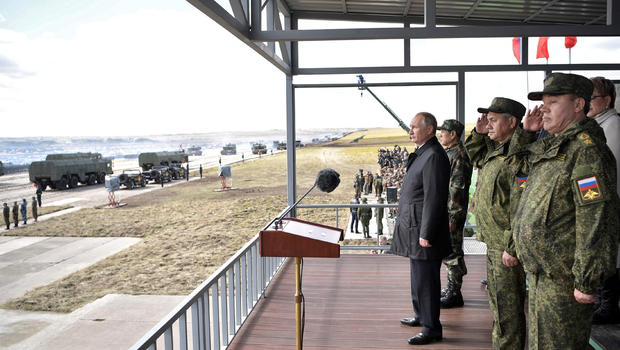