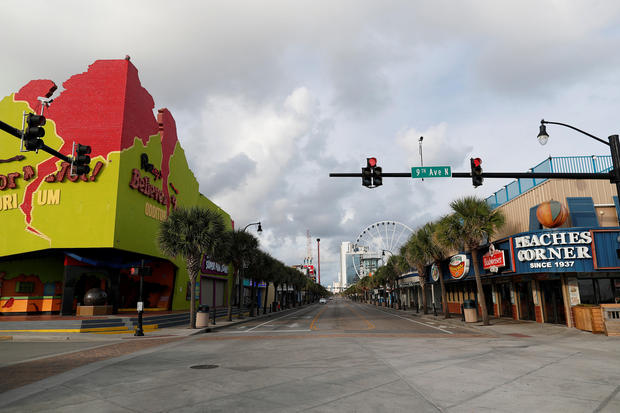 WILMINGTON, N.C. — Hurricane Florence has been downgraded to a Category 2 storm, according to the latest NHC advisory, but it is still considered an extremely dangerous and life-threatening storm. Communities along the Carolina coast prepared for Florence's onslaught as forecasters Wednesday warned that the monstrous storm could pause just offshore for days — punishing a longer stretch of coastline than previously feared — before pushing its way inland.

North Carolina officials said they are closing the Ports of Wilmington and Morehead City to commercial truck traffic Wednesday. Both facilities will be closed to traffic of any kind starting Thursday.

South Carolina State Ports Authority spokeswoman Erin Dhand says the Port of Charleston is closing to container traffic Thursday and may re-open Sunday, depending on the storm's track and overall conditions.

Late Wednesday, the Hurricane Florence was downgraded to a Category 2 storm with maximum sustained winds of 110 mph, according to the NHC's 11 p.m. advisory. It was centered about 280 miles (455 kilometers) east-southeast of Wilmington, North Carolina, and about 325 miles (520 kilometers) east-southeast of Myrtyle Beach, South Carolina, moving at a speed of about 17 mph, NHC says.

Cooper says at least 50 shelters are open across the state as up to 1 million residents have been asked to evacuate ahead of the storm. He announced that officials were opening a large shelter at the Lawrence Joel Veterans Memorial Coliseum in Winston-Salem at 6 p.m. Wednesday with a capacity of at least 1,000.

President Trump: Hurricane Florence is "a big one"

President Trump is urging those in Florence's path to act now to "get out of its way."

West Virginia agencies are mobilizing to respond to problems arising from the storm. The governor's office says in a new release the Division of Homeland Security and Emergency Management activated its emergency operations center Wednesday. The statement says 50 National Guard members are prepared to assist in locations across the state.

The NWS forecast says up to 4 inches of rain is possible in parts of the state through next week.

South Carolina said Wednesday night that it is planning to end the reversal of some interstate lanes that were switched to help move people away from the state's coast. Department of Public Safety Director Leroy Smith told reporters that, starting Thursday at 6 p.m., officers will close Interstate 26 lanes that had been switched from eastbound to westbound to move people away from the Charleston area toward the center of the state.

NHC announced Wednesday night that they are now monitoring a fourth storm in the Atlantic, which they have named Subtropical Storm Joyce. It is located 910 miles (1,465 kilometers) west-southwest from the Azores and is moving at about 6 mph (9 kph) with maximum sustained winds of 45 mph (75 kph). 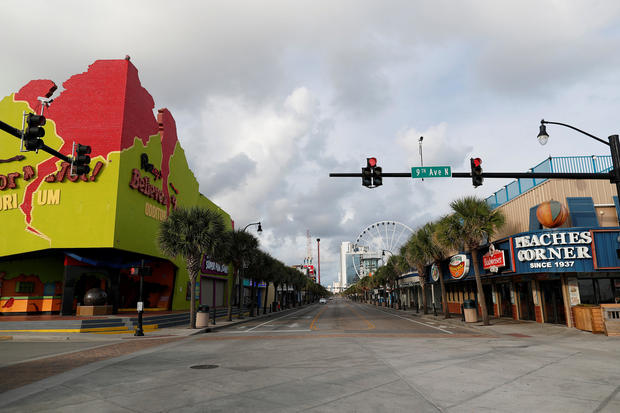 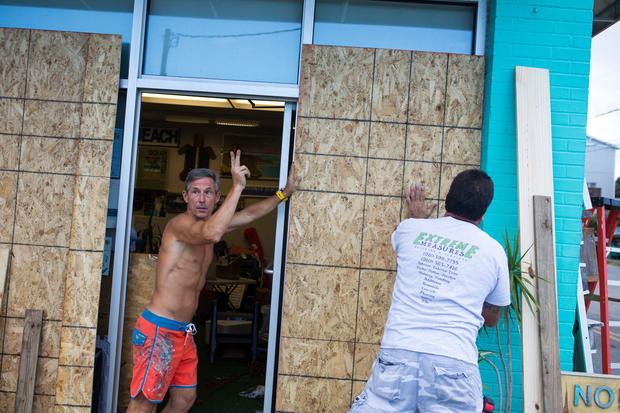 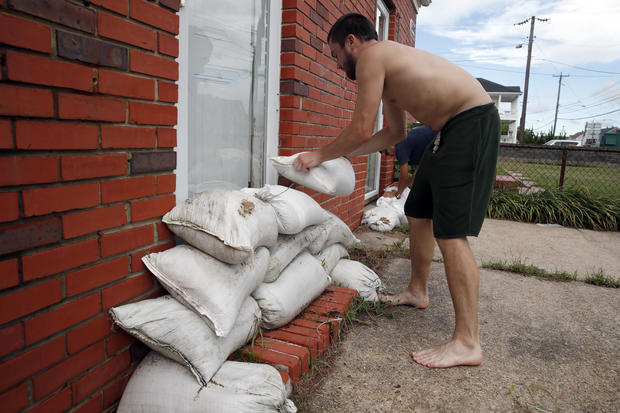 Blind runner finds love with woman who volunteered to train him...