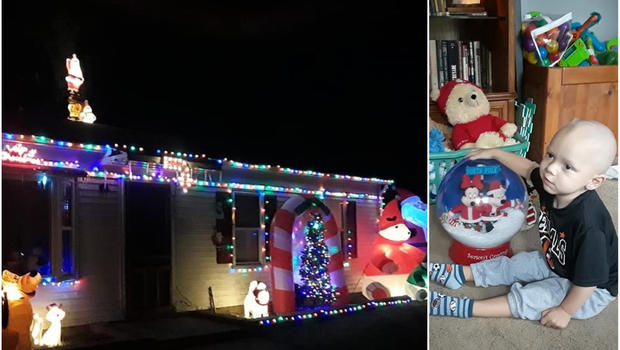 It's only September, and we're a whole season way from winter, but an Ohio neighborhood is already decorated for Christmas. Several homes in the Cincinnati suburb of Colerain Township have put up their Christmas lights and hung wreaths on their doors. The premature Christmas celebration is an effort to bring holiday cheer to 2-year-old Brody Allen, who has a rare type of brain cancer and may have just weeks to live.

Brody was diagnosed with cancer in May of this year. When Brody fell ill, doctors first told his family the toddler may have an inner ear infection. When his mom and older sister, McKenzie, took him to Cincinnati Children's Hospital, they realized his condition was much worse. Doctors found a mass on his brain stem, and later tests determined it was a tumor.

"The doctors told us he had brain cancer," his sister McKenzie Allen, 21, told CBS News. Brody had four rare ETMR tumors (Embryonal Tumor with Multilayered Rosettes), and the worst one was intertwined in his brain stem, Allen said.

The little boy started chemo, but after three or four months of treatments, no progress was being made. In fact, Brody was getting worse, he now had a fifth tumor. "It was devastating news," Allen said. On August 4, Brody stopped receiving treatments. He was expected to have about two months to live — and that was five weeks ago.

"When Brody's chemo treatment journey ended, we made a promise to each other that we were going to make each and every single day that he had left better than the next," his older sister said. "And we wanted to do everything that we could and give him as much joy and happiness that we could, even though he only has a short time left."

At just 2 years old, Brody doesn't fully understand his illness. "Bless his heart," Allen said. "He knows that he can't walk any more and he knows that he can't use his left arm anymore, but that's about it … He doesn't let it stop him. He gets aggravated that he can't run around, but he taught himself how to crawl again." Brody is still a happy, smiling boy, but his family is heartbroken. He probably won't make it to Christmas, a holiday that he loves.

Allen said her mom started a Facebook group, "Team Brody," for support when the toddler was first diagnosed with cancer. The Allens have used the page to keep family up to date on Brody's condition, but the group kept growing with friends and others interested in Brody's story.

The family had an idea to celebrate Christmas early to bring Brody the joy of the holiday season, but they didn't have many outdoor decorations for their house. So they posted a message in the Facebook group asking for help. "We asked for some decorations, and honestly I don't even know who donated," Allen said. "I feel horrible for saying that, but they just stopped by, complete strangers."

Allen says it wasn't just a couple of people who brought Christmas decorations by — it was lots of people. "A gentleman named Ryan … He does the Cincinnati Christmas lights, and he just came over and donated a bunch and he keeps coming back," Allen said. "And he helped put up more lights yesterday."

Once the Allen home was decked out with decor, their neighbors wanted to join in on the fun. "Our neighbors… they put up their decorations right next door to us, and it just keeps growing," Allen said. She said the decorations started with people in their cul-de-sac and spread to people in other neighborhoods, and even other states.

"He absolutely loves it," Allen said of her younger brother. "His speech is impaired, so he has trouble talking now, but he has the cutest little froggy voice. So the first night we put out lights — which compared to now is nothing — we rolled him out in his little wagon and he just let out the biggest 'wow!'"

"Every day he wakes up and he has the Christmas lights outside and the tree inside and he is so happy … He's ecstatic," she said.

"I think [Christmas] is more than just lights, it's a feeling. And for everybody, the Christmas spirit kinda came early this year… and it's spreading to everybody, even our neighbors," Allen said. 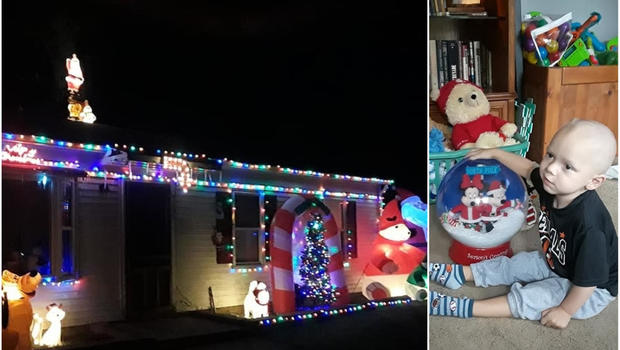 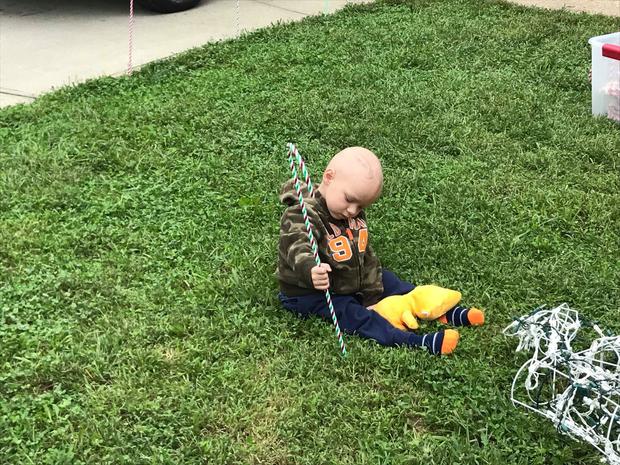 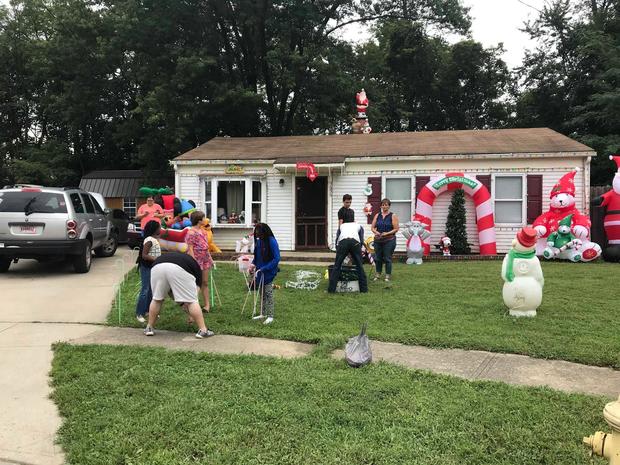