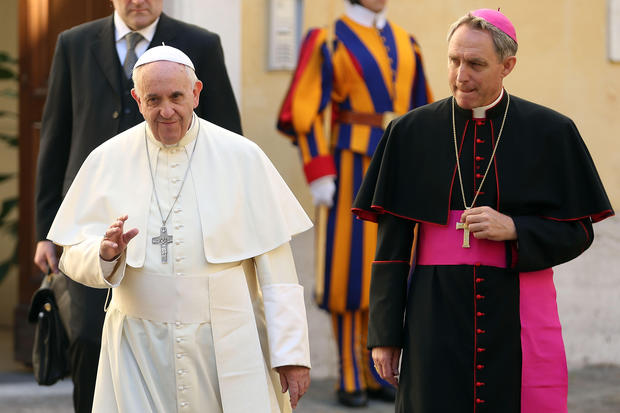 ROME — A top Vatican official said Tuesday the clerical sex abuse scandal is such a game-changing catastrophe for the Catholic Church that he called it the church's "own 9/11" on the 17th anniversary of the attacks in the U.S. Archbishop Georg Gaenswein, a top aide to both retired Pope Benedict XVI and Pope Francis, told a book presentation Tuesday that he by no means was comparing the scandal to the nearly 3,000 people killed in the U.S. on Sept. 11, 2001.

But he said the years-long scandal, and recent revelations in the Pennsylvania grand jury report, showed just "how many souls have been wounded irrevocably and mortally by priests from the Catholic Church."

"Today, even the Catholic Church looks full of confusion at its own 9/11, at its own Sept. 11, even though this catastrophe isn't associated with a single date but rather at so many days and years, and innumerable victims," he said.

While no one has attacked churches with airplanes full of passengers, Gaenswein said, recent news from the U.S. "sends a message that is even more terrible than the sudden collapse of all the churches of Pennsylvania together with the Basilica of the National Shrine of the Immaculate Conception in Washington."

Gaenswein, who serves as secretary to Benedict and prefect of Francis' papal household, was speaking at a presentation of a book by conservative American author Rod Dreher, who has been at the forefront in reporting on the recent scandal in the U.S. over ex-Cardinal Theodore McCarrick.

Francis removed McCarrick as a cardinal in July following a credible accusation that he groped a teenage altar boy in the 1970s. Soon thereafter, though, it emerged that it was apparently an open secret — including at the Vatican — that McCarrick routinely bedded seminarians and young priests.

The McCarrick scandal has taken on crisis proportions after the Vatican's former U.S. ambassador, Archbishop Carlo Maria Vigano, accused two dozen Vatican and U.S. cardinals and bishops of covering up for McCarrick for two decades.

Specifically, Vigano accused Francis of rehabilitating McCarrick from canonical sanctions imposed on him by Benedict 2009 or 2010. The Vatican hasn't responded to the accusations, but "clarifications" are expected. Gaenswein, who serves as an occasional spokesman for Benedict, has limited his comments about the Vigano scandal to denying a report that Benedict had confirmed Vigano's 11-page denunciation.

Gaenswein didn't refer to the Vigano scandal on Tuesday, but rather more generally to the "turbine of news of recent weeks." He cited specifically the Pennsylvania grand jury report, which found some 300 priests abused more than 1,000 children over 70 years — and bishops covered up for them.

He recalled that during a 2008 trip to the U.S., Benedict spoke from the National Shrine to denounce the "profound shame" and pain that abuse had caused the Catholic community. In fact, Benedict is credited with having turned around the Vatican on the issue of sex abuse while he was cardinal, forcing bishops around the world to send all their cases to him for review because they weren't sanctioning abusers.

Gaenswein's said Benedict's admonition was "apparently in vain, as we see today."

"Neither the lament of the Holy Father nor the formal assurances and commitments pledged by a large part of the hierarchy has been able to contain the evil," he said.

Gaenswein's speech, "The Catholic Church's Sept. 11," led off with comments about the abuse scandal but then transitioned to speaking about Dreher's book "The Benedict Option: A Strategy for Christians in a Post-Christian World."

The book has made waves in conservative circles, with Dreher — a Catholic convert to Orthodox Christianity — suggesting Christians withdraw from society like the sixth-century St. Benedict of Norcia and create separate communities to live their faith more purely. 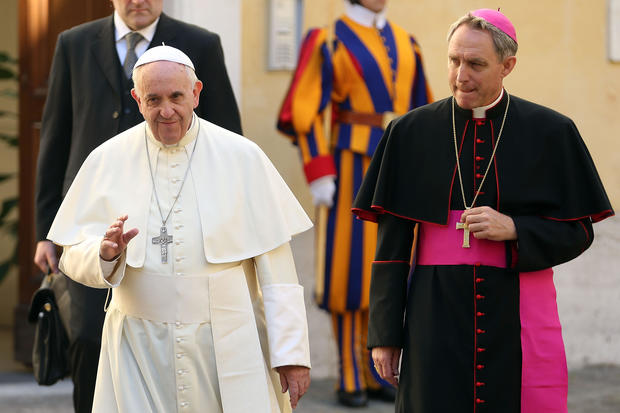 Troops seize tanker hijacked by migrants it had rescued