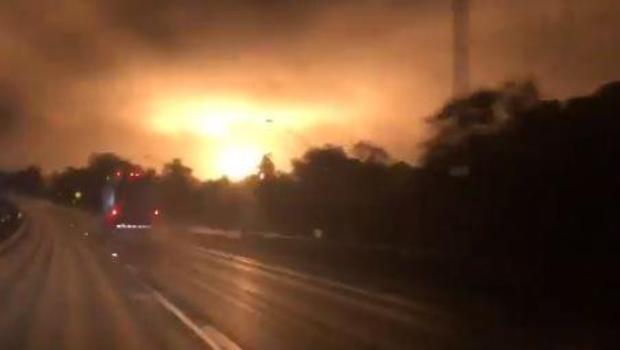 A gas line explosion lit up the sky vivid orange early Monday morning outside Pittsburgh. CBS Pittsburgh reporter Meghan Schiller, who caught video of flames shooting skyward as she made her way to the scene of the incident, said authorities in Center Township, Pennsylvania, were evacuating the area around the blast.

Emergency dispatchers reached by CBS News said there were no immediate reports of injuries. They confirmed a half-mile radius area around the blast was being evacuated. The first call about the explosion to the emergency services came in at 4:54 a.m. Eastern.

Center Township is less than 20 miles northwest of Pittsburgh. 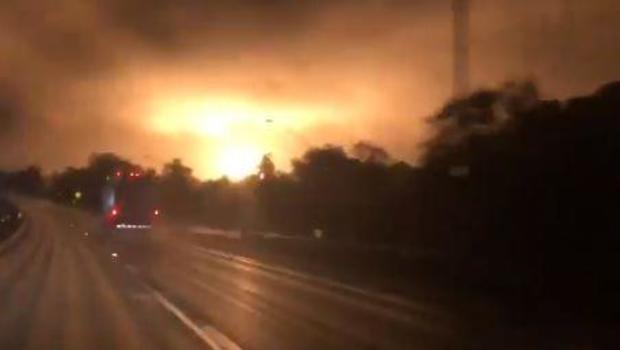