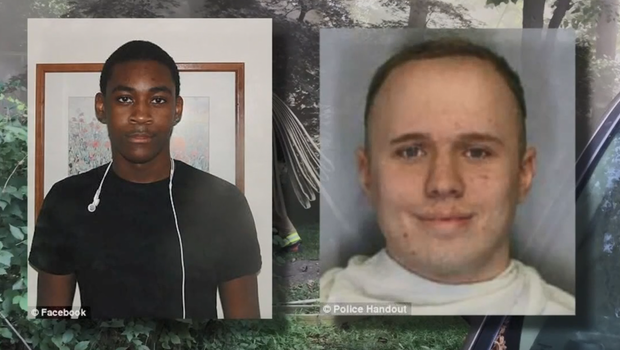 BETHESDA, Md. — The wealthy stock trader took elaborate steps to conceal the network of tunnels beneath his house in this Washington, D.C., suburb. Even the young man helping him dig them didn't know where they were. A year ago, a deadly fire exposed Daniel Beckwitt's curious campaign to build an underground bunker for protection from a nuclear attack.

Neighbors knew nothing about the tunnels before they heard Beckwitt's screams and saw smoke pouring from the house where 21-year-old Askia Khafra died that afternoon. Maryland prosecutors portray Beckwitt, a 27-year-old millionaire, as a paranoid computer hacker who recklessly endangered Khafra's life. In May, they secured Beckwitt's indictment on charges of second-degree murder and involuntary manslaughter.

Beckwitt's lawyer calls Khafra's death a tragic accident, not a crime. Defense attorney Robert Bonsib concedes Beckwitt is an "unusual guy" but says his client risked his own life in a failed attempt to rescue Khafra.

Beckwitt was freed on bond after his May arrest. His trial is scheduled for April 2019.

Monday marks the anniversary of the Sept. 10, 2017, fire. It's a day that Khafra's parents are dreading.

During a recent interview at their Silver Spring, Maryland, home, Dia Khafra, 69, said he and his wife, Claudia, tried to persuade Askia to stay away from Beckwitt's tunnels. Their son met Beckwitt online and agreed to help him dig the tunnels in exchange for Beckwitt's investments in an internet company Askia was launching.

"I always feared something dangerous would happen to him," the elder Khafra said.

Investigators found the younger Khafra's charred body in the basement of Beckwitt's Bethesda home. CBS affiliate WUSA reported that according to court documents, the tunnels beneath Beckwitt's home were discovered approximately 20 feet down from a hole cut into the basement's concrete floor, and branch out approximately 200 feet in length.

A police report says Beckwitt told investigators how he tried to preserve his project's secrecy when he brought Khafra there. Beckwitt said he would rent a car, pick Khafra up and drive him to Manassas, Virginia, where he had the younger man don "blackout glasses" before driving him around for about an hour. Khafra spent days at a time working, eating and sleeping in the tunnels. He had his cellphone with him, but Beckwitt used internet "spoofing" to make it appear he was in Virginia, according to Montgomery County prosecutor Douglas Wink.

"These are the lengths the defendant went through in order to hide the truth from Askia Khafra as to where he was and to maintain the secrecy of these tunnels," Wink said during a May 31 hearing.

Beckwitt lived alone in "extreme hoarder conditions," forcing the men to navigate a maze of junk and trash, Wink said. The tunnels had lights, an air circulation system and a heater powered by a "haphazard daisy chain" of power strips that created a fire risk, the prosecutor said.

Hours before the fire, Khafra texted Beckwitt to warn him it smelled like smoke in the tunnels. Beckwitt flipped a breaker that turned off lights in the tunnels but turned the power back on after Khafra said he couldn't see, Wink said.

Beckwitt ignored those "obvious signs" of danger, the prosecutor told a judge.

Wink said Beckwitt had a "paranoid fixation" on a possible nuclear attack by North Korea. Beckwitt's lawyer compared his client's concern to "the days of the Cuban missile crisis."

Bonsib said Khafra posted photos of himself in the tunnels on social media, suggesting he was proud of the work.

"He kept coming back," Bonsib said.

Beckwitt's lawyer described him as a successful "day trader" who has made millions trading stocks. Dia Khafra said his son was impressed by Beckwitt's wealth.

"I think Askia was very trusting," he said. "He believed in the guy."

Dia Khafra said he only met Beckwitt once, when he dropped off his son at their home. He seemed shy.

"He said he made his money off bitcoins," Khafra recalled.

Beckwitt lived with his parents at the Bethesda house until college. He enrolled at the University of Illinois, where campus police arrested him in 2013 on charges including computer fraud. He was suspected of installing keystroke logging devices on the Urbana school's computers. He pleaded guilty and was sentenced to two years of probation, according to online court records.

The conviction didn't steer Beckwitt away from computers after he moved back to Maryland. In 2016, he spoke at a hacker convention using the alias "3AlarmLampscooter" and wearing a fire-resistant suit and visor that obscured his face.

Wink said Beckwitt was teaching his audience how to make thermite bombs to destroy computer data "in order to get away with hacking."

Bonsib said his client's use of a pseudonym and disguise was harmless, typical of the "weird things" people do on the internet.

County officials sued Beckwitt over his property's condition, calling it unsafe and a "public nuisance." Wooden boards now cover the doors and windows of the house, which is surrounded by a chain-link fence and police tape.

"We haven't had the courage to open that box," Dia Khafra said. 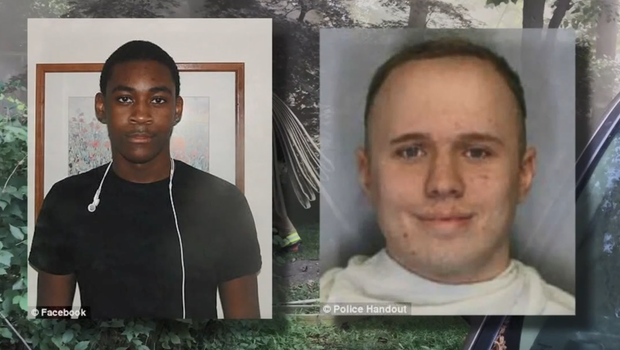 COVID vaccines for young kids are here. What parents need to...

Mike Pompeo campaigns for midterms and mulls a presidential run

The Supreme Court is about to get a lot more interesting