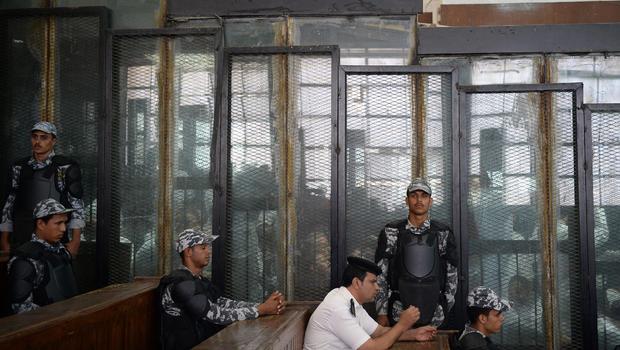 CAIRO — An Egyptian court on Saturday sentenced 75 people to death, including top leaders of the outlawed Muslim Brotherhood, for their involvement in a 2013 sit-in protest by Islamists that was broken up by security forces in an operation that left at least 600 people dead.

In a case involving 739 defendants facing charges ranging from murder to damaging property, the court also sentenced to life in prison the head of the Brotherhood, Mohammed Badie, and 46 others.

Mahmoud Abu Zaid, a photojournalist known as "Shawkan" whose detention has been decried by rights groups at home and abroad, received five years in prison. He was detained in August 2013, meaning he should walk free within days for time served.

The sit-in at a square in a Cairo suburb was staged by supporters of Mohammed Morsi, a Brotherhood stalwart. He became Egypt's first freely elected president in 2012 but was ousted a year later by the military, then led by President Abdel-Fattah el-Sissi, following days of street protests calling on him to step down.

One of Morsi's sons, Osama, was among 22 defendants who received 10-year jail terms. A total of 374 were sentenced to 15 years and 215 to five years. Proceedings were dropped against five defendants who have died since the trial began.

Saturday's convictions can be appealed.

BBC News reports that the 75 death sentences confirm sentences that were handed down in July. The additional verdicts mark the end of the trial, the BBC reports.

"This can only be described as a parody of justice; it casts a dark shadow over the integrity of Egypt's entire system of justice, and makes a mockery of due process," Najia Bounaim, director of campaign in North Africa at Amnesty International, said in June. 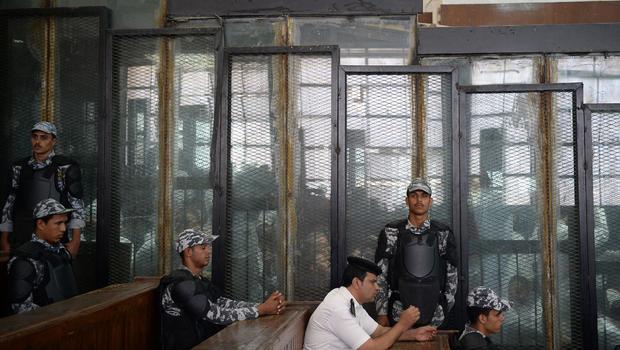 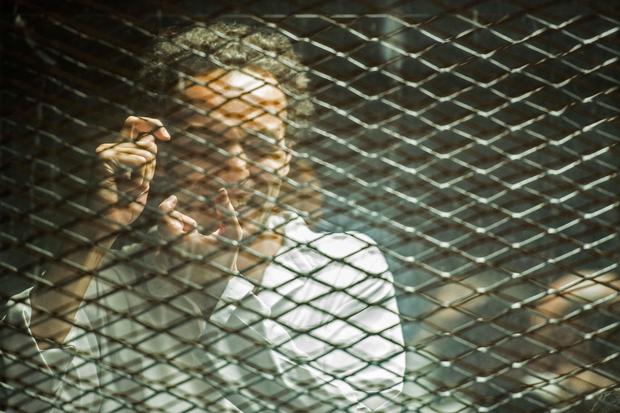 Twitter board approves proposed $44B sale of platform to Musk