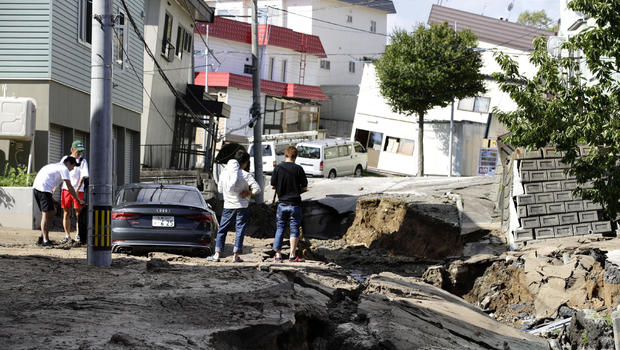 A Japanese government spokesman says two people have been confirmed dead after a powerful earthquake rocked the northern main island of Hokkaido. Chief Cabinet Secretary Yoshihide Suga said the search was ongoing for those missing after the quake triggered dozens of landslides in the mountainous region near the epicenter.

The magnitude 6.7 earthquake on Hokkaido early Thursday morning also knocked out power across the northern island.

Aerial footage showed slashes of brown earth on many heavily forested mountains, crushed homes and farm buildings and roads buried by avalanches of mud, logs and other debris.

The Japanese national broadcaster NHK, citing its own tally, reported that 125 people were injured and about 20 were feared missing. Hokkaido's local disaster agency put the number of injured at 48.

Several people were reported missing in the nearby town of Atsuma, where a massive landslide engulfed homes.

Reconstruction Minister Jiro Akama told reporters that five people were believed to be buried in the town's Yoshino district. Some of the 40 people stranded there were airlifted to safer grounds, NHK said.

Aerial views showed dozens of landslides in the surrounding area, with practically every mountainside a raw slash of brown amid deep green forest.

Airports and many roads on the island were closed following the early morning quake.

Prime Minister Shinzo Abe said that 25,000 troops and other personnel were being dispatched to the area to help with rescue operations.

National broadcaster NHK showed the moment the quake struck the city of Muroran, with its camera violently shaking and all city lights going black moment later. In Sapporo, a mudslide on a road left several cars half buried.

Power was knocked out for Hokkaido's 2.9 million households. Economy, Trade and Industry Minister Hiroshige Seko told reporters that the extensive power outage was caused by an emergency shutdown of the main thermal power plant that supplies half of Hokkaido's electricity.

Utility officials were starting up hydroelectric plants, Seko said, adding that he hoped to get power back "within a few hours." In the meantime, authorities sent power-generator vehicles to hospitals so enable them to treat emergency patients, he said.

Chief Cabinet Secretary Yoshihide Suga told a news conference that the authorities were doing their utmost to rescue and assess damage after receiving hundreds of calls about people missing and buildings collapsing.

The central government set up a crisis management taskforce at the prime minister's office.

Three reactors at the Tomari nuclear plant were offline for routine safety checks, but they are running on backup generators that kicked in after losing external power because of the island-wide blackouts, Japan's Nuclear Regulation Authority said. Spent fuel in storage pools was safely cooled on backup power that can last for a week, the agency said.

The powerful earthquake and tsunami in March 2011 that hit northeast Japan destroyed both external and backup power to the Fukushima Dai-ichi nuclear plant, causing meltdowns. 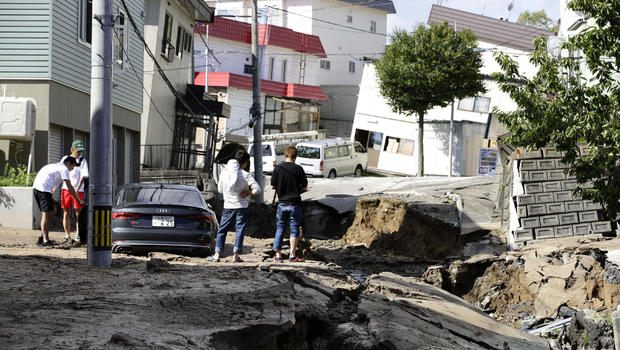 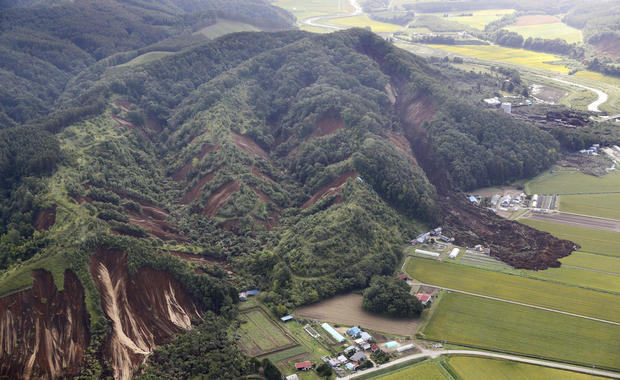