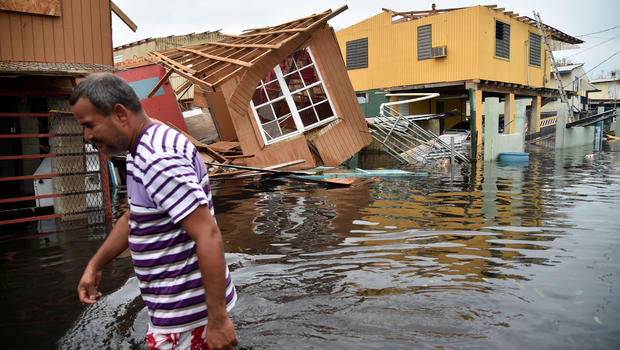 A new report finds Republican legislators blocked a credible investigation of the Trump administration's response to the hurricanes that ravaged the country last year, specifically the one that struck Puerto Rico. House Democrats accuse Oversight Committee Chairman Rep. Trey Gowdy, R-South Carolina, of failing to conduct a "fact-based investigation of what went wrong and who was responsible."

House Democrats also said the Republican response was to "insulate President Trump and his aides from scrutiny" and "disregard the lessons learned after Hurricane Katrina."

Hurricane Maria struck Puerto Rico on Sept. 20, 2017, and an estimated 2,975 deaths have been attributed to the storm — a death toll that was significantly higher than first reported by Puerto Rican officials, the White House and Mr. Trump himself.

In Oct. 2017, President Trump praised his administration's response to Hurricane Maria's aftermath, saying it was "unbelievable," "amazing" and "incredible." He eventually took to Twitter, writing, "Nobody could have done what I've done for Puerto Rico with so little appreciation."

The House Democrats' report details the disparity between the oversight of Hurricane Katrina and Hurricane Maria, saying Gowdy held no full Committee hearings and didn't request documents from the White House. They claim the Oversight Committee was "unable to adequately investigate key questions about the Trump administration's response, such as the delay in appointing a commanding general, the apparent lack of presidential engagement and direction, the failure to lead a coordinated response and the wavering commitment to recovery and rebuilding."

There is a full Oversight Committee hearing planned Sept. 6 — the first one called by Gowdy — despite multiple requests from Democratic members. Nearly a year ago, on Sept. 29, 2017, Ranking Member Cummings and Rep. Stacey Plaskett, the Ranking Member of the Subcommittee on the Interior, Energy and Environment, sent a letter to Gowdy requesting a hearing. It was ignored.

When Davis issued his final report on Hurricane Katrina, he wrote, "Government failed because it did not learn from past experiences, or because lessons thought to be learned were somehow not implemented. If 9/11 was a failure of imagination, then Katrina was a failure of initiative. It was a failure of leadership."

The report says — more than a decade later — the Oversight's Committee's investigation of the Trump administration's response to the hurricanes in Puerto Rico and the U.S. Virgin Islands not only ignored these lessons from the past, but added a new failure of its own: A failure of oversight.

A CBS News request for comment by Gowdy's office hasn't been returned.

The House Democrats' report comes on the heels of another report in August that said Hurricane Maria is now considered the most deadly U.S. natural disaster in the last century. Puerto Rico's government requested an independent review by George Washington University, which found Maria killed an estimated 2,975 people – more than 46 times the original official death toll of 64. 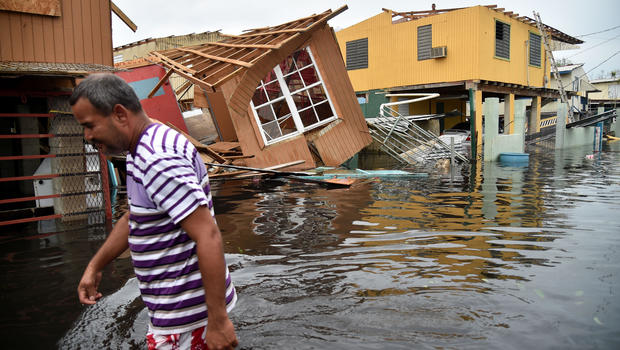