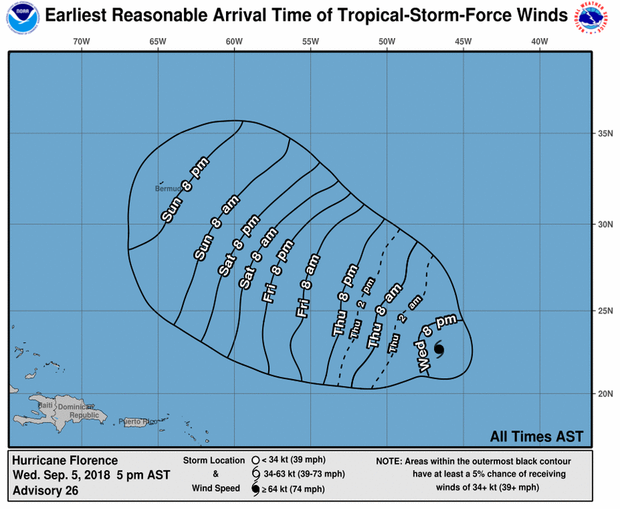 Hurricane Florence became the first major storm of the 2018 Atlantic hurricane season Wednesday as it moved on a path that could take it toward Bermuda. With sustained winds of 130 mph, Florence is already a Category 4 hurricane.

The eye of Hurricane Florence is centered about less than 1,300 miles east-southeast of Bermuda and is moving northwest at 13 mph. The storm is expected to continue that movement path through Thursday night, when it's expected to decrease in speed.

"Some weakening is possible during the next few days, but Florence is expected to remain a strong hurricane through early next week," forecasters at the National Hurricane Center in Miami said in the late Wednesday morning advisory.

In the U.S., Tropical Storm Gordon never became a hurricane but it was stilld eadly, killing a child by blowing a tree onto a mobile home as it made landfall. The storm later weakened into a depression on Wednesday but remained dangerous, dumping rain, spawning tornadoes and kicking up heavy surf in its wake.