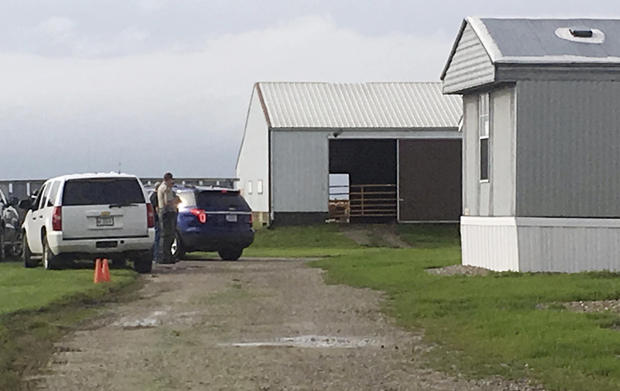 BROOKLYN, Iowa — Immigration enforcement agents and state criminal investigators on Thursday visited the Iowa dairy farm that employed and housed the man charged with killing college student Mollie Tibbetts. Agents from Immigration and Customs Enforcement, the Iowa Division of Criminal Investigation, and the county sheriff's office spent two hours at Yarrabee Farms in Brooklyn, Iowa and appeared to be looking around the property and talking to workers.

Yarrabee Farms said in a statement that it was cooperating with investigators who had asked to visit the farm. The company confirmed that federal authorities met with employees and owners for two hours, but it said it could provide no additional details due to an ongoing investigation.

Iowa Division of Criminal Investigation spokesman Mitch Mortvedt that his agency's officers were on the scene assisting investigators from the Department of Homeland Security and ICE, who took the lead. Mortvedt said that means the activity was focused on federal law and not the homicide case, which his agency is leading.

An ICE spokesman and the county's chief deputy declined comment.

The activity comes one day after The Associated Press reported that the suspect in Tibbetts' death, Cristhian Bahena Rivera, worked at the farm using the name John Budd. Rivera was arrested and charged with murder last month in the stabbing death of Tibbetts, 20, who vanished while out for a run in Brooklyn on July 18. Investigators say Rivera was in the U.S. illegally and is subject to deportation proceedings.

The farm has about 800 cows and is owned by a prominent local family with Republican Party ties. Rivera, 24, worked there for roughly four years and lived in one of its trailers for free. The farm has said that it employs about 10 other workers, and about half of them live in provided housing.

Farm managers have said Rivera presented an out-of-state identification and a Social Security number when he was hired in 2014, and that they were unaware of his true identity until his Aug. 21 arrest.

The farm did not use the government's voluntary E-Verify system, which allows companies to confirm the identity and eligibility of employees to work in the U.S. Farm manager Dane Lang has apologized for a mistake in falsely claiming to have used E-Verify in an initial statement on Rivera's Aug. 21 arrest, hours after he allegedly led police to Tibbetts' body in a nearby cornfield.

It's unclear whether E-Verify would have detected any red flags with Rivera's claimed identity, but the farm has said it used a different government service to confirm that the name and Social Security number matched.

"We're signing up for e-verification, and we intend to fully vet everyone through the E-Verify system," Lang said last month.

Rivera is charged with first-degree murder, which carries a mandatory sentence of life in prison, and is being jailed on a $5 million cash-only bond while awaiting trial.

Investigators say they zeroed in on Rivera after obtaining surveillance footage showing a Chevy Malibu circling near Tibbetts on July 18. They later connected Rivera to the car, and say he confessed during questioning to approaching Tibbetts, panicking when she threatened to call police and blacking out. Rivera allegedly said he came to as he was driving Tibbetts' body in the trunk of his car to a cornfield where he buried it under stalks. 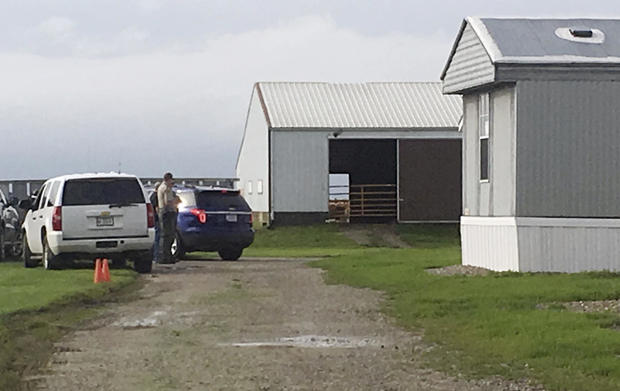 Roger Stone supporters to rally outside his Florida home