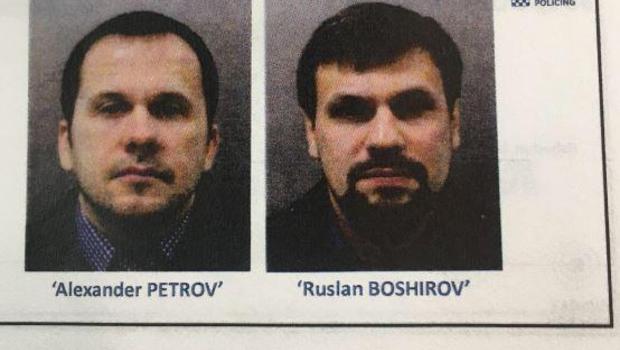 LONDON — British police on Thursday named two men as the prime suspects in the nerve agent attack on a former Russian spy and his daughter last March. The incident, which unfolded in the quiet city of Salisbury, England, left double agent Sergei Skripal and his daughter seriously ill for weeks. Officials determined that the same substance, found in a perfume bottle in a park weeks later, sickened a man and his girlfriend, who later died.

Britain and the U.S. have accused the Russian government of being behind the attack since not long after it happened, and on Thursday the London Metropolitan Police said Russian nationals Alexander Petrov and Ruslan Boshirov would be charged with conspiracy to murder Skripal, the attempted murder of both him and his daughter Yulia and police officer Nick Bailey. Bailey was also sickened after attending to the Skripals where they were found in Salisbury.

The men also face charges of the use and possession of the deadly Soviet-concocted nerve agent Novichok in the U.K., and causing "grievous bodily harm with intent" both Yulia Skripal and Bailey.

There were no charges announced in relation to the poisoning of the couple who found the bottle of Novichok in a park in a nearby town weeks after the attack on the Skripals, but the police said they have "no doubt these two incidents are connected and now form one investigation," suggesting charges could come in the future.

The police statement indicated that both Russian suspects were believed to be in Russia at present and they would be charged in absentia. The U.K. was not to make an extradition request with Russia as there is no extradition agreement in place between the nations.

"Warrants have been issued for the two suspects. We are also seeking to circulate Interpol Red Notices," Assistant Commissioner of the Metropolitan Police Neil Basu said, referring to arrest warrants issued by the international police agency Interpol.

Basu said he was also "appealing for anyone who has information about the suspects" to contact police. He said both men were approximately 40 years old and that they were travelling on Russian passports. He warned, however, that "it is likely that they were travelling under aliases and that these are not their real names. We would like to hear from anyone who knows them."

The U.S. levied new sanctions against Russia at the end of August in retaliation for the attack. 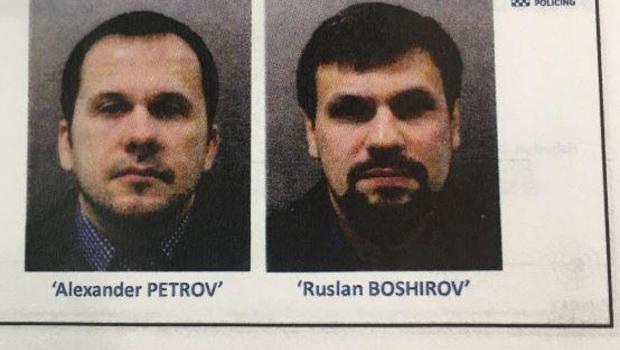 As far as Russia knows, the Trump-Putin meeting is still on