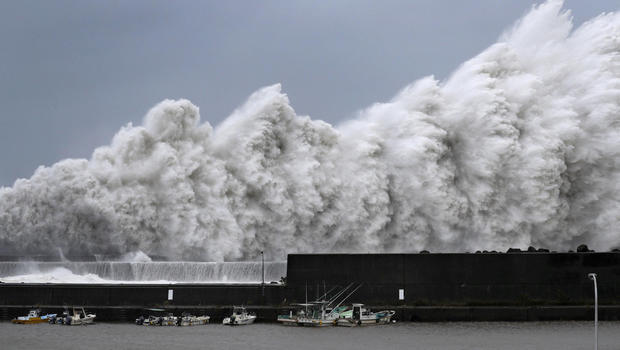 TOKYO — High winds and heavy rain whipped the Japanese cities of Kobe and Osaka and surrounding areas Tuesday as a powerful typhoon made landfall, disrupting train service and air travel. Typhoon Jebi was heading north across a swath of Japan's main island of Honshu toward the Sea of Japan. The storm had sustained winds of 100 miles per hour with gusts to 130 mph, the Japan Meteorological Agency said.

Japan's Kyodo News service said it was the strongest typhoon to make landfall in Japan since 1993.

The typhoon first made landfall on the island of Shikoku and then again near Kobe on Honshu. Television footage showed fallen tree branches and high seas overflowing onto low-lying areas.

More than 700 flights have been canceled, according to Japanese media tallies. High-speed bullet train service was suspended from Tokyo west to Hiroshima. 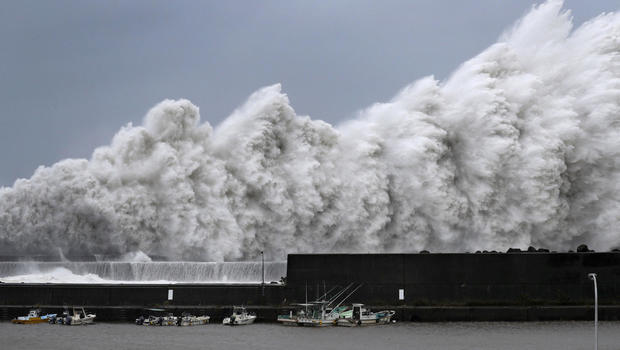 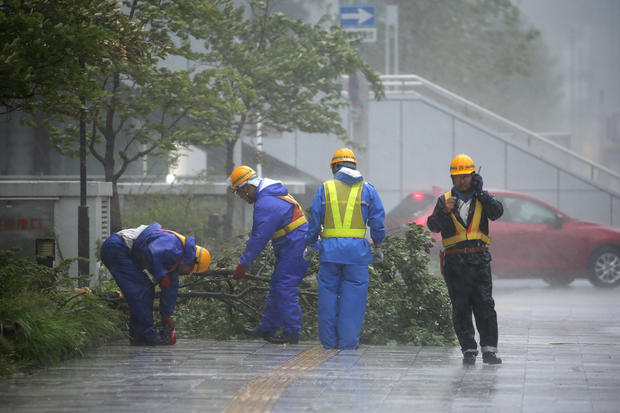 Businesses not in a rush to let people take off their...