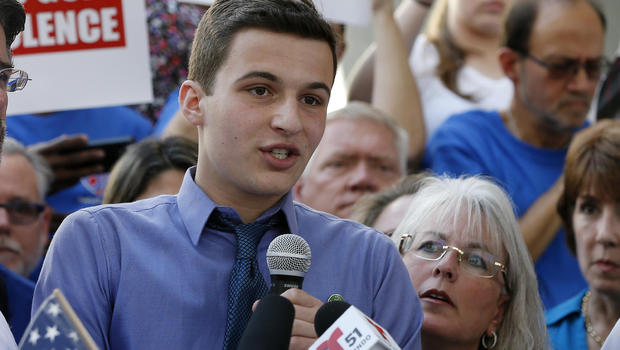 One of the survivors from the Parkland, Florida, high school massacre is now raising money for victims killed in a Madden video game tournament in Jacksonville less than two weeks ago. On Monday, Cameron Kasky teamed up with NFL wide receiver Mike Evans and professional gamer Shay "Young Kiv" Kivlen to launch a livestream campaign for victims.

Kasky, who was in class on Feb. 14 when Nikolas Cruz opened fire at Marjory Stoneman Douglas High School, killing 17, told CBS News the outreach and support he received after the mass shooting propelled him to be part the fundraising efforts.

"I wanted to be part of that community helping victims," Kasky said. "No one should have to worry about money when they have to bury their child."

Taylor Robertson and Elijah Clayton were killed on August 26 when a gamer fired his gun at the Madden NFL 19 tournament, authorities said. Eleven others were injured.

Kasky said the fundraiser was centered around gaming in order to "embrace this community that they built up." He and Kivlen hosted their own Twitch esports livestream event Monday to support the Jacksonville Fallen Gamers Fund. Evans also made an appearance during the event.

The efforts have so far collected more than $4,500 on the fundraising platform Tiltify, with the goal of $25,000. The company said 100 percent of all donations will go to the victims' families to help with medical and bereavement. 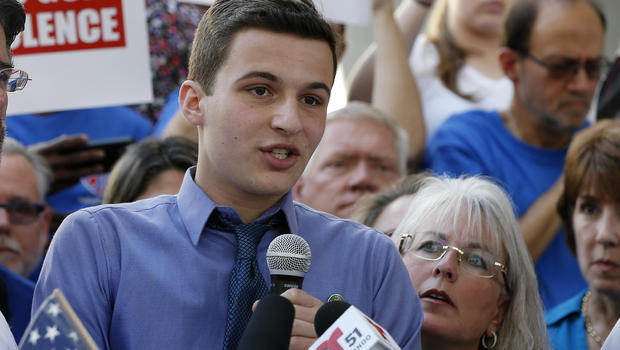