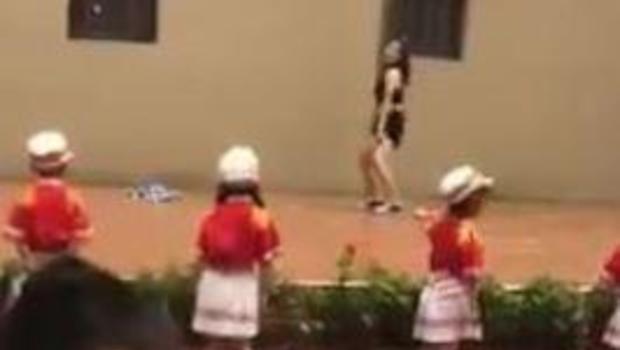 BEIJING — A kindergarten principal in China trying to liven up a formal back-to-school ceremony with a racy pole dancer was fired after angry parents lit up social media with complaints. Like most schools across China, the Xinshahui Kindergarten in the southern city of Shenzhen marks the start of the school year with a ceremony, usually consisting of performances and speeches.

Videos circulating on social media showed a scantily-clad dancer in hot pants shimmying up and down a pole to thumping music as stunned children in marching band uniforms looked on.

Others tried to mimic the sultry moves, with several small boys gyrating their hips and dancing around each other. In the background, shocked parents could be heard commenting about the suitability of the performance.

Many took to social media to express their outrage, threatening to pull their children out of school and calling for Lai's resignation.

"Pole dancing at a school welcome ceremony? How can I trust my children with them? I'm going to pull my kid out and ask for a refund," one parent wrote on social media platform WeChat.

"Is the principal an idiot?" another commented on the Twitter-like site Weibo.

Michael Standaert, an American ex-pat whose child goes to the school, tweeted on Monday that when his wife called to complain, the principal defended the show by saying pole dancing was an international phenomenon, and "good exercise."

In a text message to parents, Lai apologised for the "horrific viewing experience" and for not checking the dancer's performance, adding that the dance was intended to liven up the atmosphere.

Hours later, local education authorities announced they had fired the principal and put Xinshahui under investigation.

"Other schools in the district should reflect on this incident and strictly uphold education standards," the Bao'an education bureau said in a statement.

"I may as well be dead. I already lost the hope to live," Lai told state-run tabloid the Global Times.

This was just one of several incidents in a shaky start to the Chinese school year.

According to posts on social media, parents were incensed when they were told they would have to move their children into dormitories at a local private school, dramatically increasing tuition fees. 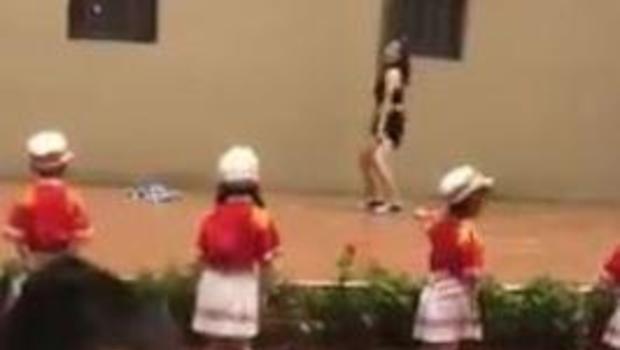