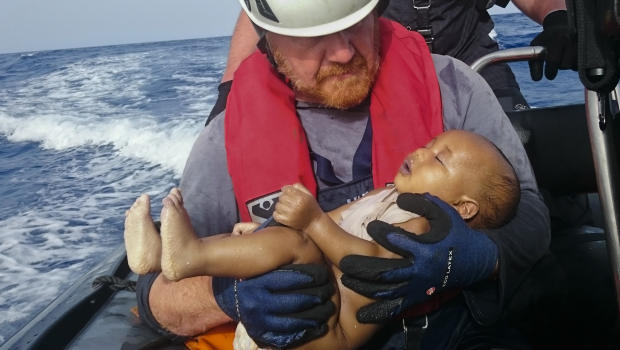 GENEVA — People smugglers are taking greater risks to ferry their human cargo toward Europe as Libya's coast guard intercepts more and more boats carrying migrants, increasing the likelihood that those on board may die during the Mediterranean journeys, the U.N. refugee agency said Monday. That's one of the key findings from a new UNHCR report about efforts to reach Europe.

The report, titled "Desperate Journeys," said that even though the number of crossings and deaths has plunged compared to recent years, the voyage is more deadly in percentage terms for those who venture across.

It said that 2,276 people died last year while trying to cross, or one death for every 42 arrivals.

This year, it's 1,095 deaths, or one out of every 18 arrivals. In June alone, the proportion hit one death for every seven arrivals.

On the Central Mediterranean route so far this year, there have been 10 separate incidents in which 50 or more people died – most after departing from Libya. Seven of those incidents have been since June alone, UNHCR said.

"The reason the traffic has become more deadly is that the traffickers are taking more risk, because there is more surveillance exercised by the Libyan coast guards," said Vincent Cochetel, UNHCR's special envoy for the central Mediterranean. "They are trying to cut the costs: It costs them more to keep those people here longer in their warehouses, under captivity."

Libyan authorities intercepted or rescued 18,400 people between August last year and July this year – a 38-percent increase from the same period of 2016 and 2017. Arrivals by sea from Libya to Europe plummeted 82 percent in those comparable periods, to 30,800 in the more recent one.

UNHCR says a growing worry these days is deaths on land by people trying to get to Libya in the first place, or getting stuck in squalid, overcrowded detention centers: Many get returned there after failing to cross by sea to Europe.

"The problems after disembarkation (is that) those people are sent back to detention centers, and many disappear," Cochetel said. "Many are sold to militias, and to traffickers, and people employing them without paying them."

He said the drop in departures means that traffickers attempt to "monetize their investment, which means they have to exploit more people. That results in more cases of slavery, forced labor, prostitution of those people – because they (smugglers) want to make money on those people."

Would-be workers and migrants are still pouring into Libya: Some are fleeing injustice, abuse or autocrats in their home countries further south in Africa. Others are looking for work in the oil industry or agriculture.

"I think you have more deaths on land," Cochetel said, referring to treks across the desert in Sudan, Algeria, Chad and Niger. "Many people in Libya are reporting having seeing people dead in the desert on the way to Libya."

In Libya, instability continues even seven years after the fall of Moammar Gadhafi. French medical aid group Doctors Without Borders said Friday that fighting between rival militias in Tripoli, the capital, has endangered the lives of people trapped there and worsened humanitarian needs – especially at migrant detention centers.

Cochetel said Europe – where some countries have shown "appalling" squabbles about who would take in rescue ships carrying migrants – should look at the root causes of such journeys. European populations need to shun anti-migrant rhetoric and realize that figures are down sharply, and migrant flows are clearly manageable at current levels, he said.

"Europe has to show the lead, has to be exemplary in its response, but it's quite clear that it's already too late when the people are in Libya," he said. "We need to work downstream in country of first asylum, in country of origin, and that takes time." 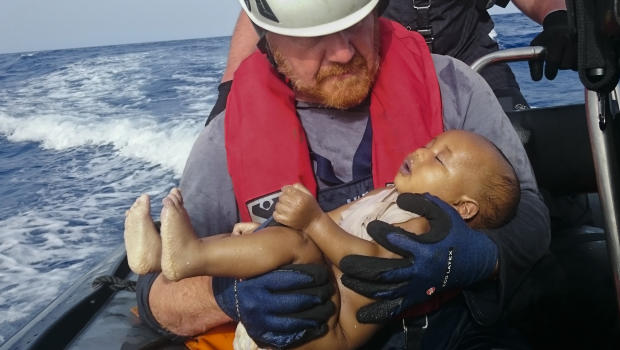