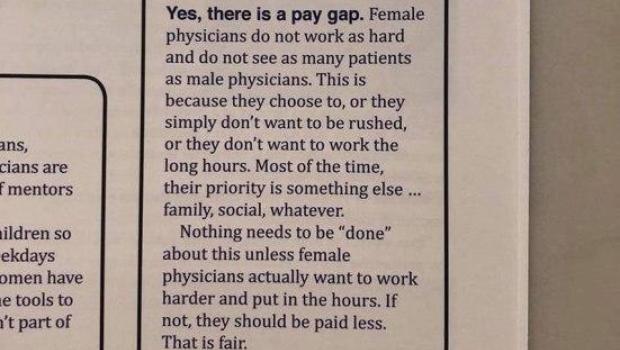 CBS News September 3, 2018, 9:35 AM Doctor apologizes for saying pay gap exists because female physicians "do not work as hard"

A North Texas doctor entered a firestorm of backlash for his comments over the pay gap between male and female physicians. CBSDFW reports that Dr. Gary Tigges is quoted in the Dallas Medical Journal, saying there is a pay gap because female physicians "do not work as hard."

Since the backlash ensued and the comments were posted on social media, Dr. Tigges released a statement of apology for those comments.

"I sincerely apologize to all female physicians for my comments and the pain they have caused," Dr. Tigges said in a statement to CBSDFW.

The chair of the Dallas County Medical Society's communication committee said they had a decision to make when deciding whether to publish the comments from Dr. Tigges after receiving them.

"We had a decision to make; do we publish it, or ignore it? After considering the purpose of the series, we decided to publish it. But — make no mistake — this is not the opinion of the Dallas County Medical Society," the statement read.

Here is Dr. Tigges full statement on his comments:

I have heard from several trusted female physician colleagues who disagree with and are deeply hurt and offended by the comments I made to the Dallas Medical Journal regarding pay equity among female and male physicians.

I want to thank them for reaching out to me and sharing their concerns. I now understand more clearly how intricate this issue is and that there are ways we can work together to resolve these disparities.

I have worked closely with numerous female physicians for nearly three decades and have witnessed nothing but compassion, diligence and professionalism.

I sincerely apologize to all female physicians for my comments and the pain they have caused.

I also need to apologize to my partners and the staff at Plano Internal Medicine Associates, where we have an open and supportive work environment and where we do not tolerate discrimination based on gender, race, ethnicity, sexual orientation or religion. 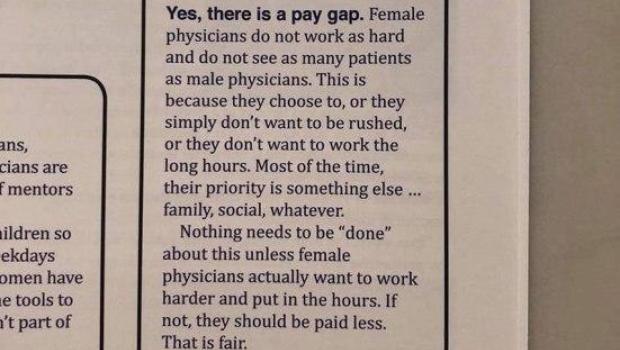 Number of people with measles tripled in Europe in 2018, WHO...

Juul accused of marketing to teens in new lawsuit