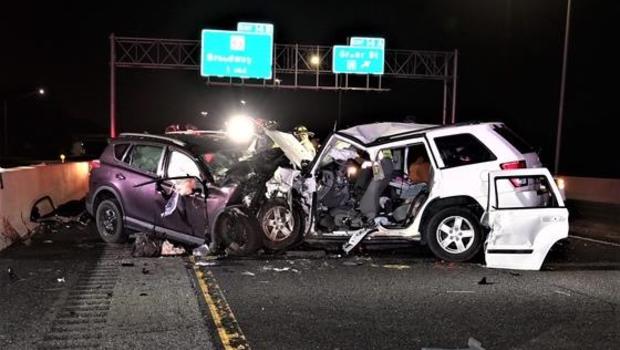 According to CBS Chicago, a driver in a Toyota with no headlights was heading west in the east bound lane of the Indiana Toll Road here near Grant Street in Gary. The Toyota slammed into a Jeep with a father, mother and four children inside, police said.

The victims in the Jeep have been identified as Octavio Chavez-Renovato, 45, of Chicago; his wife Eva Gonzales, 34; and son Luis, 14, died at the scene, Indiana State Police spokeswoman Sgt. Ann Wojas told the Chicago Tribune.

Police say three daughters of the couple, 10-year-old Emily, 11-year-old Damaris and 7-month-old Florali, sustained serious to critical injuries and were airlifted to hospitals in nearby Chicago. Police said the youngest child was in a safety seat.

The driver of the Toyota has been identified as Tiara Davis, 25. She was pronounced dead at the scene.

State police said they are waiting on a toxicology report. 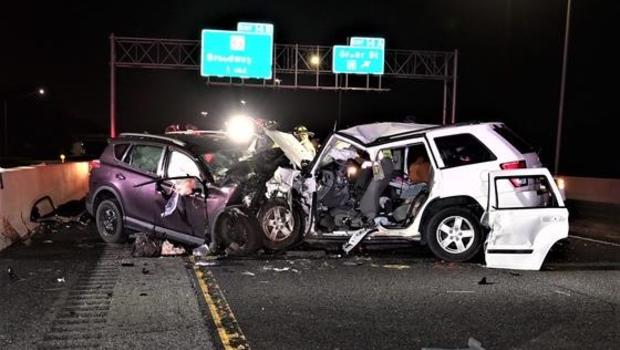 Remains of soldier who died 80 years ago in POW camp...