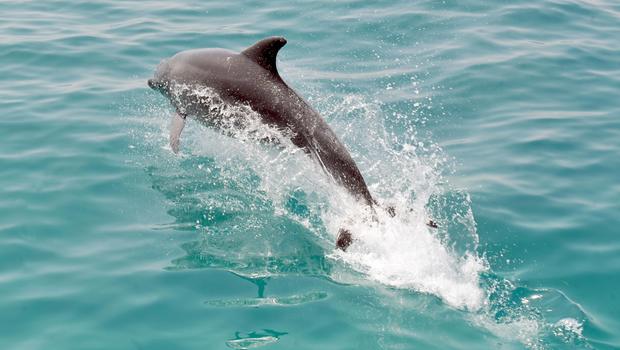 A seaside town in northwest France has imposed a swimming and diving ban at its beaches out of fear of a lonely dolphin in heat that's been apparently making passes at locals and tourists, according to media reports. But an expert on the species told CBS News on Friday that the dolphin's displays of affection put the safety of the dolphin at risk, too.

The 10-foot male bottlenose dolphin, now known locally and internationally as Zafar, has been rubbing against swimmers and boats or kayaks. A string of recent incidents and pattern of sexually-charged behavior led Landévennec Mayor Roger Lars to issue a swimming ban at the advice of local scientists, Le Telegramme reported. The ban took effect on August 20.

"Swimming and diving are banned on the village shoreline… whenever the presence of the dolphin is confirmed," reads a bylaw enacted by Lars (translated from the French). "Approaching within 50 meters of the dolphin is also forbidden."

For months, Zafar was a welcome sight on the Bay of Brest, not far from Landévennec, according to Le Telegramme. He was a hit with children who would observe him frolic around boats or make leaps out of water. And Zafar's easygoing manner let swimmers touch him and even hang on to his dorsal fin.

Then in recent weeks, Zafar changed. Some people described to the newspaper how the dolphin, in a state of arousal, prevented them from swimming back ashore. In one instance last month, Zafar stopped a swimmer from returning to shore and had to be rescued by a boat. But the tipping point came when the dolphin lifted a Spanish swimmer on vacation out of the water with its snout. She later complained to the local government.

"I took this decree to preserve the safety of people," Lars told Ouest France. "Many bathers were very frightened."

Regina Asmutis-Silvia, executive director and senior scientist for Whale and Dolphin Conservation-North America (WDC), said Zafar's behavior is not uncommon and is not meant to pose a danger to humans.

"Sex is a social behavior in dolphins, not just a reproductive one," she explained. "However, 'solitary sociables,' as they are known, will socialize with other species or objects. This can put them at risk of harmful interactions with people, as people will interpret the dolphin's actions as 'wanting a friend' or playfulness towards people."

Whether or not the dolphin presents any imminent danger to humans, the bathing ban is the right move, according to Asmutis-Silvia.

"It would be terrible if a person was injured and the dolphin was blamed or harmed as a result," she said. "Keeping swimmers out of the water keeps them safe, and may encourage the dolphin to move on to a more suitable location." 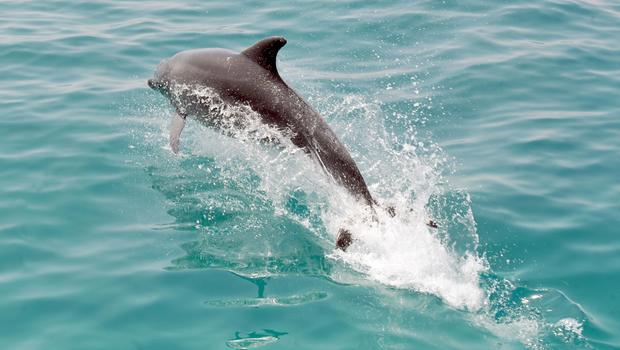