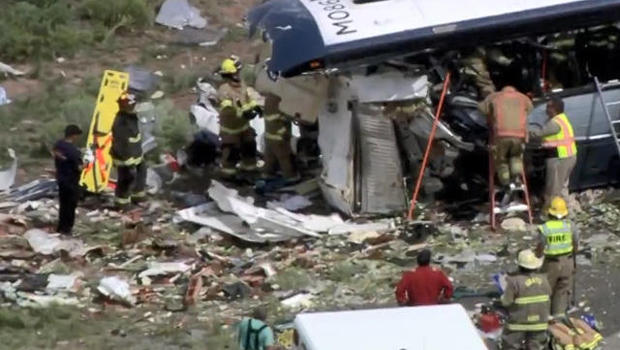 MCKINLEY COUNTY, N.M. — Relatives who hadn't heard from or about passengers from the Greyhound bus that collided head-on with a semi-truck in New Mexico were desperately trying to get word on them Thursday night, reports CBS Albuquerque, New Mexico affiliate KRQE-TV. Authorities said at least seven of those on board were killed and many others injured.

Local officials were trying to find out which hospitals the passengers were sent to, to pass that information along to families.

Sadie Thomas, who lives in Farmington, was making her way back to New Mexico on the bus after a trip to Oklahoma. She was texting her two daughters at each stop, but the texts stopped.

"I'm still calling her phone in hopes of someone will pick up her phone," Val Thomas told KRQE.

Val Thomas was desperately trying to get a hold of her mother because her sister was in labor.

Then, Val heard about the crash.

She described Sadie Thomas as a "fifty-year-old woman, reddish-brown hair. … They don't have anything (on her)," Val Thomas said.

She called hospitals in Grants, Gallup, Farmington and Albuquerque where the injured were taken.

"Very frustrating for the most part, because I really don't know what's going on, where she's at, how she's doing," she said.

Local families are asked to come to the McKinley County Fire Administration Building, but it's still been tough finding out where the passengers are.

State Police officer Ray Wilson explained that, "As you can imagine, the scene down there is chaos so it's going to take investigators awhile to go through and see who was sitting where, who the driver is, who are the passengers."

"It's just really, really hard. I haven't told my kids anything. We really don't know anything yet," Val Thomas said.

KRQE spoke with another woman, who lives in Indiana. She says her two granddaughters were on the bus, heading back to California.

KRQE heard back from her late Thursday night with some good news: She'd found both of them at a New Mexico hospital with minor injuries. 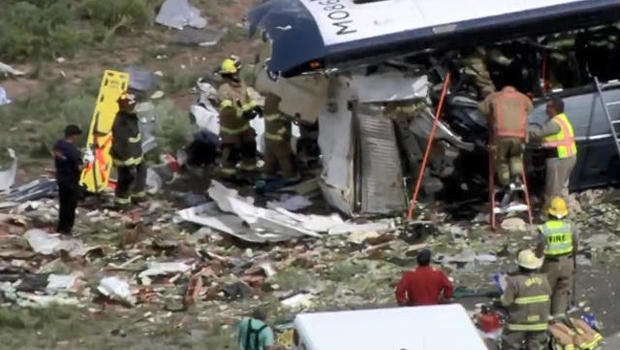 AT&T and Discovery merge media businesses in $43B deal

Inside the Arizona GOP's election audit