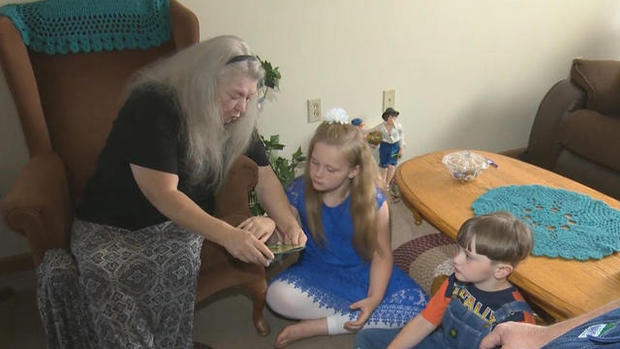 The nation's opioid epidemic has sent an alarming number of children into the foster care system, but the numbers would be even worse if it weren't for grandparents. They're stepping in to stepping in to raise grandkids while their own children battle substance abuse — and it's not easy.

Sharon and Terri Beckett know that all too well. At 65 and 62 years old, they are parents for the second time, raising their two grandchildren near Charleston, West Virginia — the state with the highest overdose rate in the country.

"You just love them just like they're your very own," Sharon Beckett told CBS News. "They struggle because they miss their mom and dad sometimes."

Mariah and Elijah's parents are both battling drug addictions. Their mother has been out of their lives for years, while their father has been in and out of rehab.

According to government statistics, the number of children removed from their families because of substance abuse has increased by 13 percent in recent years, driven in part by the opioid epidemic. More than 430,000 children are currently in foster care.

The numbers would be even higher if it weren't for grandparents stepping in, but they're often desperate for support.

Bonnie Dunn from West Virginia State University has made it her mission to help them.

"We have grandchildren who for the first years of their lives lived on soda pop, potato chips and candy," she said.

Her Healthy Grandfamilies program meets once a week, bringing together grandparents and grandkids, like the Becketts, for a free meal and class on parenting in the 21st century. Lessons focus on topics like social media, legal issues, and finding financial support.

"They struggle with financial resources. Because most of these people are on Social Security," Dunn said.

The Becketts are doing their best to make ends meet.

"As long as it takes, I'll be here for them," Sharon said.

She hopes that one day the children are reunited with their parents for good. 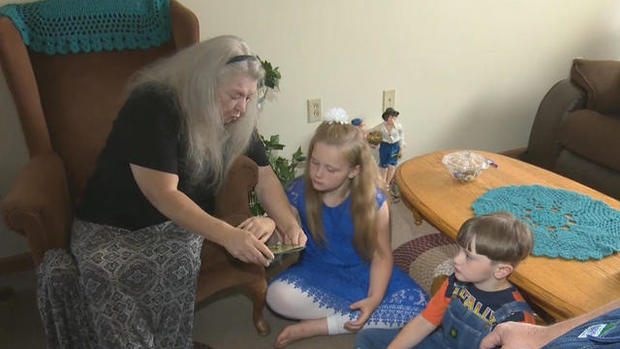 GOP senators “encouraged” after meeting with Biden on infrastructure