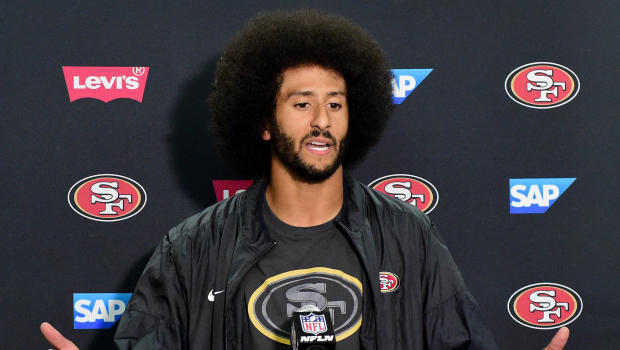 PHILADELPHIA — An arbitrator is sending Colin Kaepernick's grievance with the NFL to trial, denying the league's request to throw out the quarterback's claims that owners conspired to keep him out of the league because of his protests of social injustice. Kaepernick's lawyer Mark Geragos tweeted a picture of the ruling by arbitrator Stephen B. Burbank.

The former 49ers quarterback argues that owners have colluded to keep him off any NFL roster since he hit free agency in 2017.

Kaepernick began a wave of protests by NFL players two seasons ago by kneeling during the national anthem to protest police brutality and racial inequality. The protests have grown into an extremely polarizing issue with President Trump loudly urging the league to suspend or fire players who demonstrate during the anthem.

Kaepernick contends the owners violated union rules by conspiring to keep him off of teams.

Burbank writes in the ruling: "Colin Kaepernick's complaint alleging that his inability to secure a player contract since becoming a free agent in March 2017 has been due to an agreement among team owners and the NFL that violates Article 17, Section 1 of the collective bargaining agreement between the NFL and the NFLPA (union)."

The National Football League Players Association issued a statement at the time when the grievance was filed in October 2017, which said it "has a duty to assist Mr. Kaepernick as we do all players and we will support him."

"Colin Kaepernick's goal has always been, and remains, to simply be treated fairly by the league he performed at the highest level for and to return to the football playing field," Geragos said at the time. 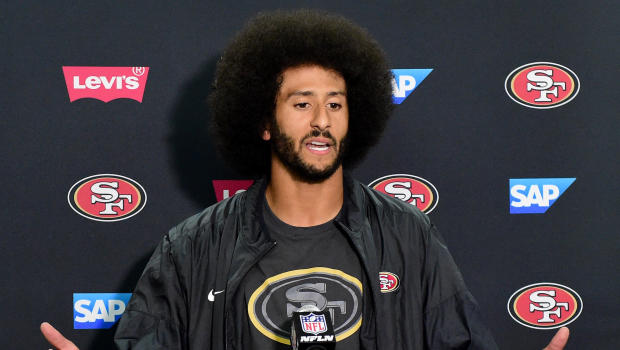