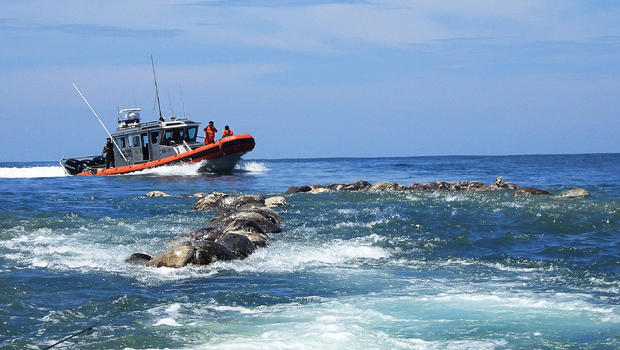 MEXICO CITY — About 300 sea turtles have died on Mexico's southern Pacific coast after they were trapped in an abandoned illegal fishing net. The office for environmental protection says the Olive Ridley turtles drowned after getting caught in the net.

The office said in a statement Tuesday that the endangered turtles were badly decomposed when found in the water near Puerto Escondido, Oaxaca. They had been dead for about eight days when local residents reported them.

They had been trapped in a 393-foot long net that is not approved for fishing. Experts suspect asphyxiation, toxic algae or hooks attached to the net could have killed the animals, but the cause of the deaths was still under investigation.

The turtles were buried on the beach, and officials were also investigating who set the net. Mexico has imposed criminal penalties for anyone found guilty of killing sea turtles, and the government's special prosecutorial office for crimes against the environment was leading the probe. 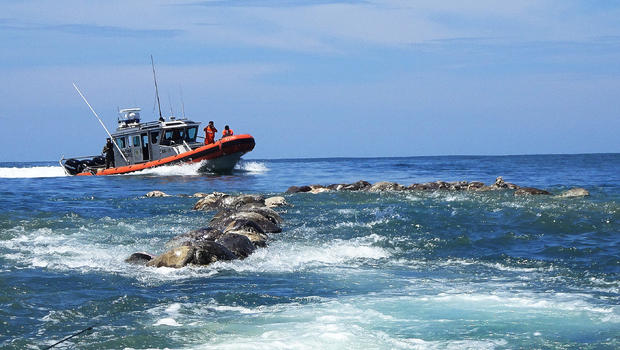 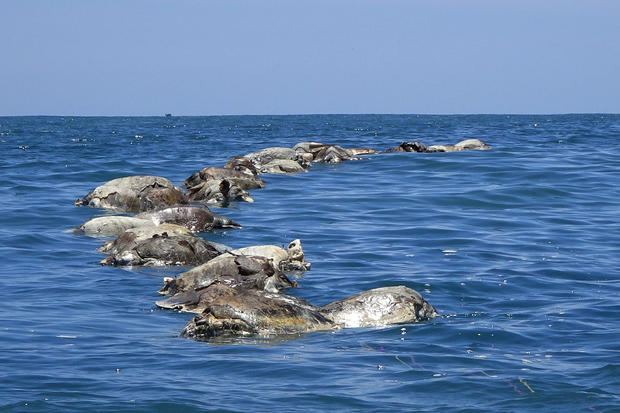