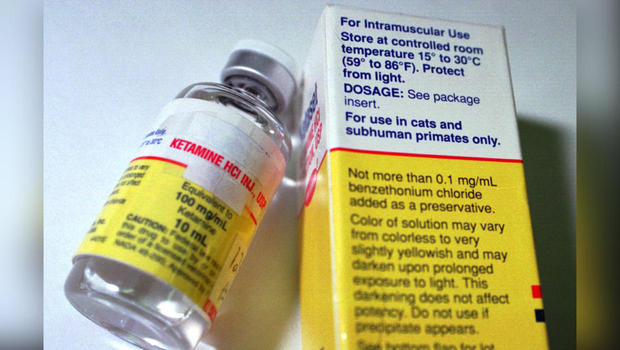 The anesthetic ketamine has drawn excitement in recent years as a fast-acting and effective treatment for severe depression. Now, a small, new study sheds light on exactly how the drug works to treat depression, with a surprising finding: Ketamine needs to activate opioid receptors in order to have anti-depressant effects.

The new findings challenge previous views on how the drug works to treat depression, the researchers said. "It doesn't work like everyone thought it was working," co-senior study author Dr. Alan Schatzberg, a professor of psychiatry and behavioral sciences at Stanford University School of Medicine, said in a statement.

In light of the current opioid epidemic, the findings also underscore the need for caution against widespread and repeated use of ketamine for depression until more research is done on the drug's mechanism of action and its risk of abuse among patients, the researchers said. "We have to properly examine the risks associated with using drugs of abuse — even in low doses — to treat depression," Schatzberg said. [6 Party Drugs That May Have Health Benefits]

The study was published today in the American Journal of Psychiatry.

Ketamine has been used for decades as an anesthetic in hospitals, but it has also developed a reputation as an illegal "club drug," known as "Special K."

In recent years, studies have found that ketamine can have fast and dramatic effects for people with depression, improving symptoms within just hours, rather than the weeks that many other antidepressants take. Given these findings, the drug has emerged as a potentially promising therapy for people with severe depression who haven't been helped by other treatments, with some doctors prescribing the drug "off label" for depression.

Exactly how ketamine works to treat depression isn't known. But researchers suspected the drug's antidepressant effects were due to its ability to block the receptor for a brain chemical called glutamate, which is involved in mood regulation.

But when scientists tried to develop other glutamate-receptor-blocking drugs to treat depression, those efforts largely failed, Schatzberg said.

In the new study, the researchers hypothesized that ketamine works to treat depression at least in part by activating opioid receptors. To examine this possibility, the researchers gave participants the opioid-blocking drug naltrexone before they underwent ketamine treatment.

The study involved 12 patients with depression who had tried at least four antidepressants or other depression treatments but hadn't benefited from them.

However, participants who received naltrexone still experienced "dissociative effects" from ketamine, such as hallucinations.

The results were so clear that the researchers stopped the study early to avoid exposing more people to "a clearly ineffective and noxious combination treatment," the researchers said, referring to the ketamine plus naltrexone treatment.

Because the new study was small, the findings should be confirmed by further research, Dr. Mark George, a professor of psychiatry, radiology and neuroscience at the Medical University of South Carolina, wrote in an editorial accompanying the study. (George was not involved with the new study.)

More research is also needed to examine whether ketamine's antidepressant effects are due to its actions on opioid receptors alone, its combined effect on opioid and glutamate receptors, or another mechanism, George said.

He also urged caution about the use of ketamine for depression. "We would hate to treat the depression and suicide epidemics by overusing ketamine, which might perhaps unintentionally grow the 'third head' of opioid dependence," said George. He likened the problems of opioid use, depression and suicide to the heads of Hydra, the many-headed monster in Greek mythology.

"We need to better understand ketamine's mode of action and how it should best be used and administered," he concluded. 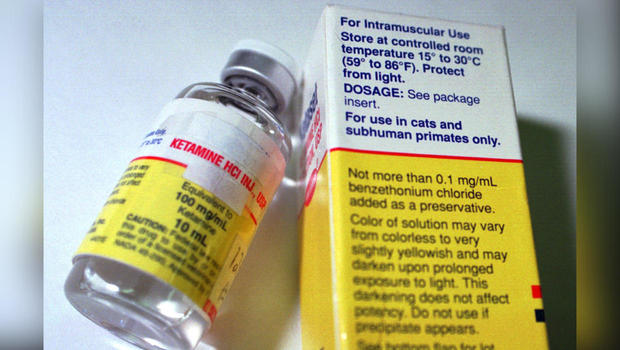