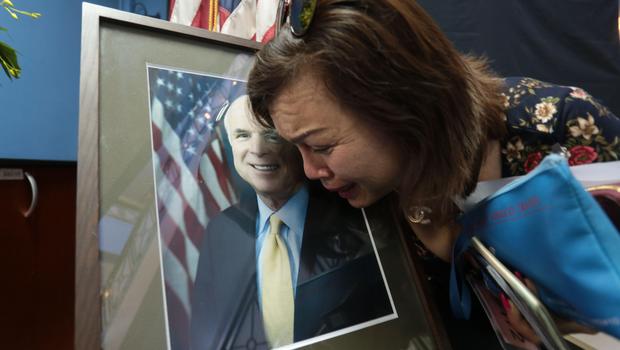 HANOI, Vietnam — People in Vietnam are paying their respects to U.S. Sen. John McCain who was held as prisoner of war in Vietnam and later was instrumental in bringing the wartime foes together. McCain died of brain cancer Saturday in his home state of Arizona, which he had served over six terms in the U.S. Senate.

People paid tribute to McCain at the U.S. Embassy in Hanoi on Monday and also at the monument built where he parachuted from his Navy Skyhawk dive bomber in October 1967 and was taken prisoner of war. He was held more than five years at the infamous "Hanoi Hilton" prison.

McCain and former Sen. John Kerry played an important role in the bilateral normalization of relations in 1995.

McCain's plane was shot down during a bombing run over North Vietnam, and he parachuted into a lake in what is now a busy part of Hanoi. Already badly injured, he was beaten and taken to a nearby prison called Hoa Lò, which the U.S. POWs nicknamed the Hanoi Hilton. He was refused medical treatment and beaten with a bayonet.

Hanoi residents held a memorial at the lake on Sunday, leaving flowers to remember the man who "fought for peace in many countries, including Vietnam," as one onlooker told The Associated Press. 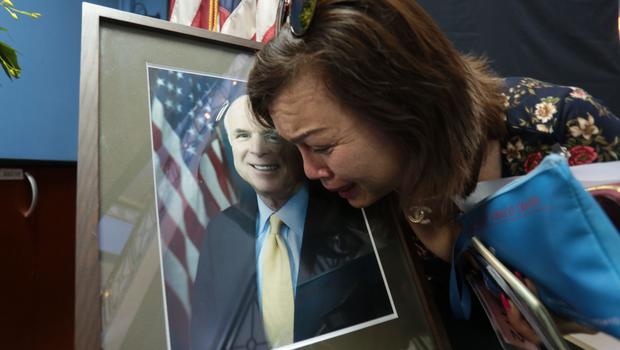 How millions of families will benefit from cash payments, tax breaks under new Child Tax Credit

Iran claims number of their news websites appear to have been seized by U.S. authorities

The history of discrimination against Black farmers in the U.S.

Senator responds to questions about affiliation with elite private club

Canada is warming at twice the global rate