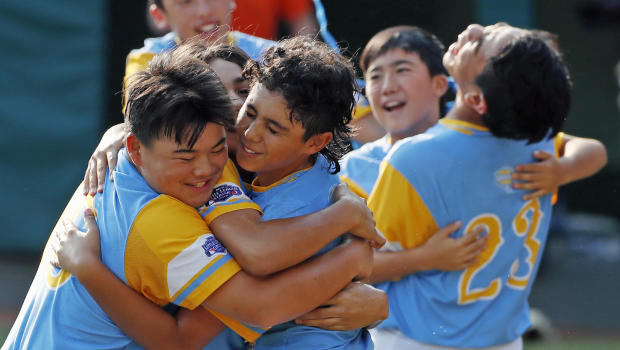 SOUTH WILLIAMSPORT, Pa. — It only took one pitch for Mana Lau Kong to deliver Hawaii its first Little League World Series title in a decade. Against a South Korea team that hadn't surrendered a home run in the tournament, Kong drove the first pitch his team saw over the center field fence.

As he rounded the bases and headed home, his teammates poured out of the dugout in a pack led by pitcher Ka'olu Holt and formed a huddle around home plate. "It was great," Holt said, "because we all knew that pitcher was tough to hit."

Holt took it from there, throwing a two-hitter to lead Hawaii to a 3-0 victory in the Little League World Series championship, the first shutout in a title game since 2002. It was Holt's first-ever complete game.

The team from Honolulu allowed just three runs in the entire tournament, shut out four of its five opponents and struck out 53 batters in 34 innings.

"Someone asked me, what's the strength of the team, and I honestly have to say, it's that they play as a team," Hawaii manager Gerald Oda said. "Ka'olu pitching, or Aukai (Kea) pitching, Mana hitting a home run, it's everybody just doing the best that they can do. Once they bought in and once they accepted their roles, it makes my job a lot easier."

In the bottom of the second inning, Hawaii had the bases loaded with no outs, but failed to score. So Oda took a more aggressive approach on the basepaths with two runners in scoring position in the third.

In the stands, Hawaii's fans, waving tea leaves for luck, started to mix their signature "Hon-o-lu-lu!" chants with "U-S-A!"

The victory marks the first time a Hawaiian team has won the Little League World Series since 2008. It is now one of seven U.S. states with at least three LLWS titles. All of Hawaii's championships have come in the past 13 years.

Seoul, South Korea, has played in the three of the last six LLWS title games, but won only once — in 2014. It lost in 2016 to Maine-Endwell, New York.

"It was equally the same thing, from 2016 to 2018," South Korea manager Su Ji-hee, who was also a member of the coaching staff of the 2016 team, said through a translator. "After the game, the kids were crying, they feel sorry for themselves."

At the conclusion of a six-pitch final inning, Hawaii's players tossed their gloves and hats as high as they could, and sprinted to the mound to form another celebratory huddle. "It felt really great because barely any Hawaii teams get to be in this moment and feel what it feels like meeting other people from around the world, to playing baseball against them too," Kong said.

After finally achieving what his team set out to accomplish at the beginning of the summer, Oda can't wait to return home to his family. As for the kids? They want to see their families, too, but they have other plans.

"What they're going through is very difficult — we've been there — all of us have been there when these storms have come," he said.

"It can be chaotic, it's a lot of stress," he added, "but we told the kids that this is our opportunity to really give back. We know that there's a lot of people at home watching the game. We said that if anything, for them to watch us, we can give them hope. They can take their mind off — and that's what we hope it did." 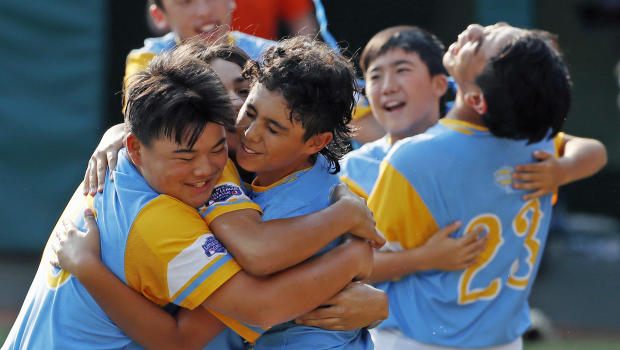 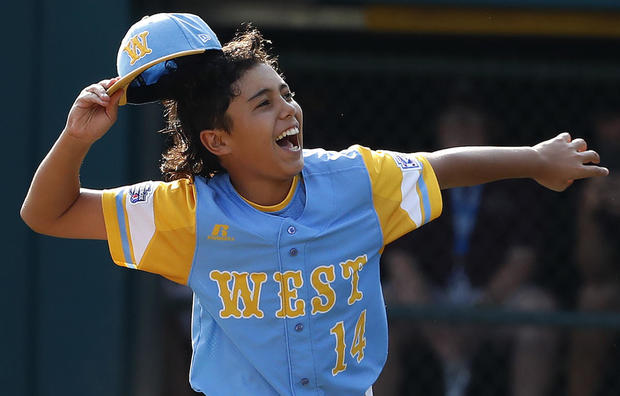 Accused foreign agent Maria Butina to be sentenced in April