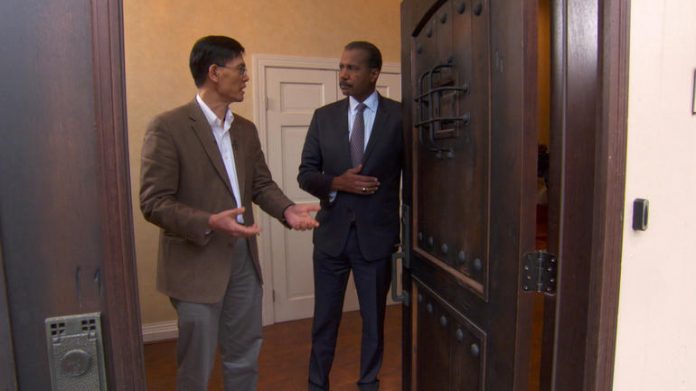 Bill Whitaker reports on Americans wrongly accused of espionage-related crimes as the U.S. steps up the fight against Chinese theft of U.S. trade secrets and intellectual property

The following script is from "Collateral Damage" which originally aired on May 15, 2016. Bill Whitaker is the correspondent. Marc Lieberman, producer.

Espionage, orchestrated by China, to rip off American trade secrets and intellectual property has been declared a national security emergency by the U.S. Justice Department, costing our economy hundreds of billions of dollars a year. The Obama administration launched a new strategy to fight back with more aggressive investigations and a greater number of prosecutions, an effort that's intensified under President Trump. But, as we first reported in 2016, we've discovered the dragnet isn't just catching Chinese spies, it's ensnaring a growing number of Americans who aren't spies at all.

Xiaoxing Xi: It was so urgent, the pounding was so urgent that I run here to open the door without even being fully dressed.

In May of 2015, the FBI paid an early morning visit to scientist Xiaoxing Xi at his home in suburban Philadelphia.

Xiaoxing Xi: So I opened the door, and so I see a lot of people outside.

Bill Whitaker: They have on bulletproof vests?

Xiaoxing Xi: Yes, they did, yeah, and with guns.

Xi was chair of the Temple University physics department. But the FBI was convinced he was a spy, passing hi-tech American secrets to China. He was stunned when agents burst in and handcuffed him.

Bill Whitaker: Did you have any idea what was going on, why they were here?

Xiaoxing Xi: No. I had absolutely no idea. So, the very first thing that went through my mind was– "This must be a mistake."

Xi couldn't believe this was happening to him in the U.S. He was born in China and raised during the Cultural Revolution, a time when families feared an unexpected knock on the door. His father, a government official, was taken away to a forced labor camp. As an adult, Xi came to the U.S. to live and work in a free country.

Xi established himself as a world leader in the study of superconductors that could help improve MRIs. He managed nine government research projects and more than a million dollars in federal funding.

Bill Whitaker: So this is your lab?

Xiaoxing Xi: Yes. This is one–

Bill Whitaker: One of your labs.

The arrest had a swift impact. Temple told him to stay home. He was removed as the principal investigator of his own research.

Xiaoxing Xi: So I was saying to myself, they're going to put me in jail, and all of these things that I've been working for years– was coming to an end.

Bill Whitaker: So tell me about the day you were arrested.

Sherry Chen: My life was turned upside down.

Sherry Chen's life also was turned upside down when federal prosecutors suspected her of spying for China. She's been a U.S. citizen for two decades and has devoted her career to public service, as a flood forecaster in the state of Missouri and, most recently, with the National Weather Service in Ohio.

Bill Whitaker: You were proud of your work?

Sherry Chen: Yeah, I do. I really put my heart into my work.

Chen showed us the award she won for helping to save the city of Cairo, Illinois, from record flooding in the spring of 2011. Armed with her forecast, the Army Corps of Engineers blew up a levee and rerouted floodwaters.

Bill Whitaker: What'd you feel about that when Cairo was spared?

Sherry Chen: I'm proud of that, my knowledge, my work could really protect the properties and saving people's lives.

But, three years later, Chen says FBI agents marched her out of her office in handcuffs.

Sherry Chen: I saw my coworkers all looking through the windows. And watched me being taken away.

Peter Zeidenberg: I think prosecutors are feeling pressure to bring these cases. I think investigators are excited about bringing cases that may be high profile.

Attorney Peter Zeidenberg is a former federal prosecutor who represented both Xiaoxing Xi and Sherry Chen. He believes both American citizens are collateral damage in the government's ongoing war against Chinese economic espionage.

Bill Whitaker: That fear of Chinese economic espionage, it's not unfounded.

Peter Zeidenberg: No, I'm not suggesting that it is. What I'm suggesting is, notwithstanding that fact, before you put handcuffs on someone and take 'em away that you've gotta make sure that you've got your case together. And that the facts add up.

Bill Whitaker: And in these cases?

Xiaoxing Xi faced a Justice Department narrative worthy of a spy thriller. Prosecutors accused him of collaborating with various government entities in China: of scheming for years to obtain revolutionary American technology, and emailing photos and blueprints of that technology to the Chinese, specifically this American-made device, called a pocket heater. It's used to make a superfine coating that maximizes the flow of electricity. In exchange, prosecutors said he would be showered with money, property and prestige in China.

Why? It turns out the device Xi was discussing with his Chinese academic counterparts wasn't a pocket heater. It was a completely different heating device that Xi was developing. He'd planned to share it in scientific publications. It was an earlier generation of this one.

Bill Whitaker: Is this in anyway similar to the pocket heater that– we've been talking about?

Xiaoxing Xi: Not at all. It is very different from the pocket heater.

Bill Whitaker: So when it comes to the science, it sounds like the federal investigators flat out got it wrong?

And then there's this: prosecutors alleged that Xi's collaboration with Chinese scientists was somehow sinister. In reality, it was mandated by one of his grants from the National Science Foundation.

Bill Whitaker: So your funding was dependent on your working with Chinese scientists?

Xiaoxing Xi: It put a lot of stress and this daily stress sometimes become strikingly unbearable. So, I remember pleading with my family. "Let, let's, let's try not to fold. If we hold on, we have the truth. If we fold, we will have nothing."

Bill Whitaker: So how did she get in trouble?

Peter Zeidenberg: The story started when she went to China to visit her parents. She had a somewhat happenstance meeting with a former classmate of hers, a vice minister in the water ministry.

The vice minister asked Chen how the U.S. pays for dam repairs.

Bill Whitaker: Did you think there was anything, I don't know, secretive about that information?

Sherry Chen: It's never crossed my mind. It's not a secret.

When Chen got back to Ohio, she asked her boss for publicly available information, which she did send to her former classmate. She also searched this government database. Since she wasn't a regular user, Chen borrowed a password from her colleague. Sharing passwords was common in the office. She never sent information from the database to China but federal prosecutors charged Chen with illegally accessing and stealing restricted information.

Prosecutors also charged her with lying about the password. Chen initially denied that a colleague had emailed it to her but she remembered after investigators showed her the email. Her colleague, Ray Davis, initially forgot too.

Peter Zeidenberg: He wasn't charged with misremembering or failing to remember giving her the password. He only remembered it when they showed him the email and he said, literally, "Oh God, that was almost a year ago. I forgot all about that."

Peter Zeidenberg: It was.

Bill Whitaker: Why the disparate reactions from the government?

Peter Zeidenberg: You know, the fact is Sherry Chen is a Chinese American and her colleague was Caucasian. And with Sherry, everything she did, they looked at as somehow nefarious or somehow corrupt.

Bill Whitaker: You say it was forgetfulness and they say it's a lie?

Sherry Chen: But to others it's normal. You can–forgetting something. For me, it's a crime.

Chen faced 40 years in prison for lying about the password and accessing the database. The week before the trial, Zeidenberg took his case to Carter Stewart, who was the U.S. Attorney for the Southern District of Ohio. The next day, Stewart dropped the charges.

In 2016, we found the Justice Department had won convictions in at least 14 cases related to Chinese economic espionage in the previous four years. It had lost a case at trial. Charges were dropped against five Chinese born scientists who are American citizens.

Xiaoxing Xi: The fact that they would suspect us stealing secret for China is very offensive. We're American.

More than 40 members of the 114th Congress called on the Justice Department to conduct an independent investigation of whether Xi and Chen were targeted because of race.

The Justice Department denied it and didn't speak to us on camera but, in a statement, said: "… we investigate and prosecute individuals based on known or suspected criminal activities or threats to national security, not based on race, ethnicity or national origin." Chinese theft of American trade secrets is a real problem.

[Company Man Film: Excuse me, can I help you?]

The FBI made this video to alert agents, prosecutors, and the public. The agency says it's based on real events.

[Speaker: There are a ton of ways the government can come at you.]

It's all having a chilling effect. Some of the most prominent Chinese-Americans started holding seminars around the country to caution scientists that activities they consider innocent could look like espionage.

[Speaker: If you're gonna take something and give it as part of a talk at Beijing University or something, you gotta think twice because some people might look at that as being nefarious.]

A year after her case was dropped, Sherry Chen was fired from her job for "untrustworthiness," "lack of candor," and other issues stemming from her criminal investigation.

Bill Whitaker: So why won't the National Weather Service give you your job back?

Sherry Chen: I don't know. I'm a dedicated worker. I didn't do anything wrong. And I love my job.

In an email, her employer said: "The facts fully support the action taken in this case." Chen has appealed.

After spending about $200,000 to clear his name, Xiaoxing Xi was welcomed back at Temple University though he wasn't reinstated as chair of the physics department. He worries that lingering suspicions could jeopardize future government funding, the lifeblood of his work.

Bill Whitaker: Do you think the U.S. government owes you an apology?

Xiaoxing Xi: I do think so. I didn't do anything wrong but my family and myself had to go through this. I think we deserve some kind of apology. And, you know, it's not over, right. The scars from this traumatic experience is so deep that it's going to be with us for the rest of our life.

Professor Xi is now suing the FBI, the Justice Department, and the NSA for violating his constitutional rights. In May, three and a half years after her arrest, Sherry Chen won her job back. A federal judge ordered her reinstated with back pay plus interest, concluding that Chen had been the victim of quote "gross injustice." The federal government is appealing that decision. 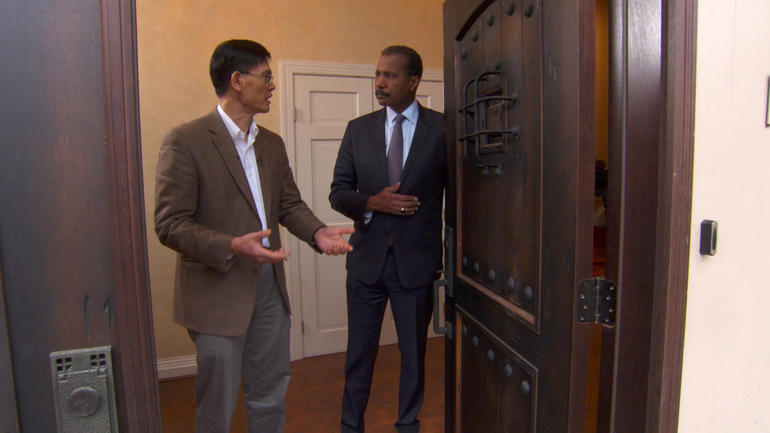 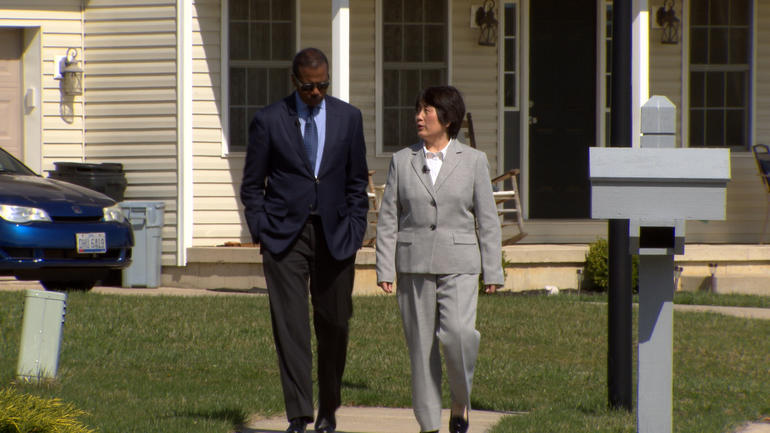 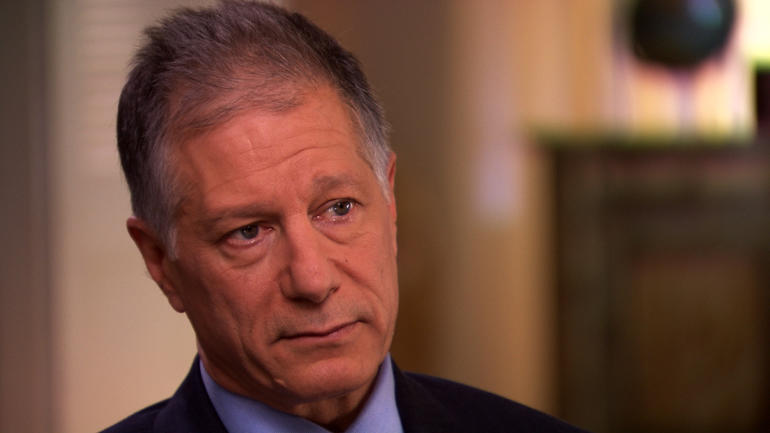 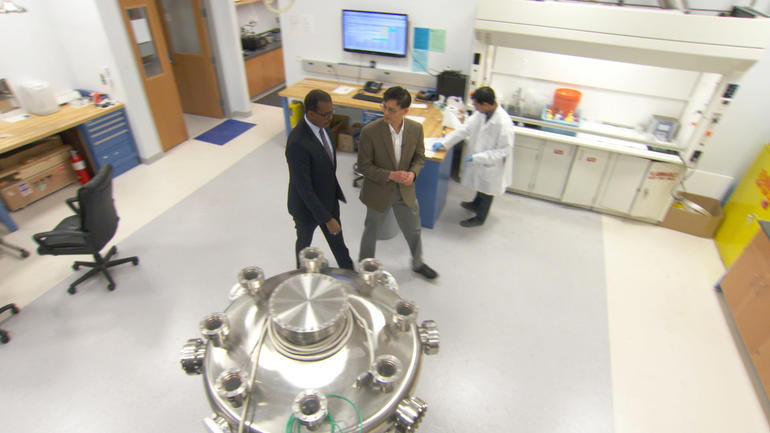 23 missing after boat sinks off Florida during Hurricane Ian

How to shop smarter in the supermarket this summer amid rising...