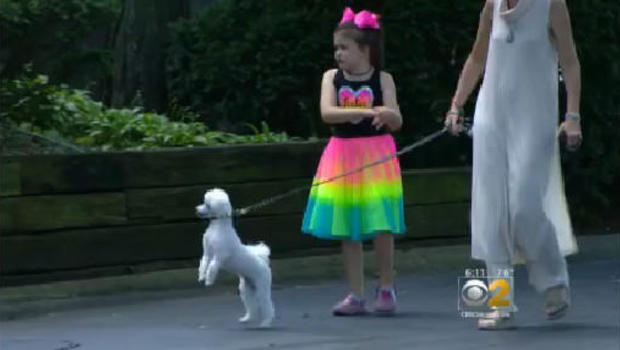 A Chicago-area mother is saying she is being "mom-shamed" when someone in her neighborhood called the police when her 8-year-old daughter was walking the family dog by herself. "I think it's a crazy waste of resources," the girl's mother, Corey Widen, told CBS Chicago.

The little girl at the center of the controversy just recently started walking her dog around the block in Wilmette, a North Shore suburb of Chicago.

But one of those walks caught the eye of a neighbor, who called police and set off a legal nightmare for the family.

While police never pursued charges, the Department of Children and Family Services (DCFS) also launched an investigation after someone saw Widen's daughter, Dorothy, on her solo walk.

Shortly after the eight-year-old got home, a Wilmette police officer rang the doorbell.

When asked to describe her reaction when she first saw the police, Widen said, "for a split second I thought maybe it was fundraising." She quickly learned that wasn't the case.

Widen says the officer called to her home by a neighbor who saw her daughter walking alone had left without incident.

"Apparently whoever called the police didn't think the police were a good enough judge of what was OK and not OK. Then they called DCFS. The police did not call DCFS," Widen said.

An investigation was launched and Widen hired an attorney to clear her name. The matter was resolved in less than two weeks, but Widen said she was left with many questions and felt "mom-shamed."

"You never know who did this to you and it turns your life upside down." she said. "I'm a homeschooled mom and I'm always with my kids. You can accuse me of a lot of things, not supervising them, is not one of them. My entire life revolves around them."

As for who will walk Marshmallow the dog in the future, the girl said she wants to keep doing it.

Widen said she's sharing her story because she's learned other mothers have found themselves in similar situations. Widen hopes DCFS will evaluate how and why investigations are launched.

CBS Chicago reached out to DCFS multiple times for comment on this story, but never received an explanation or statement. 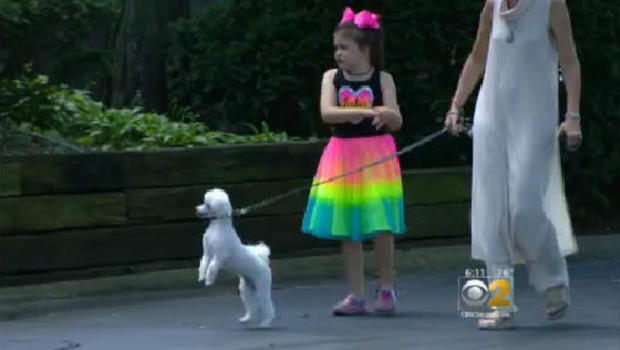