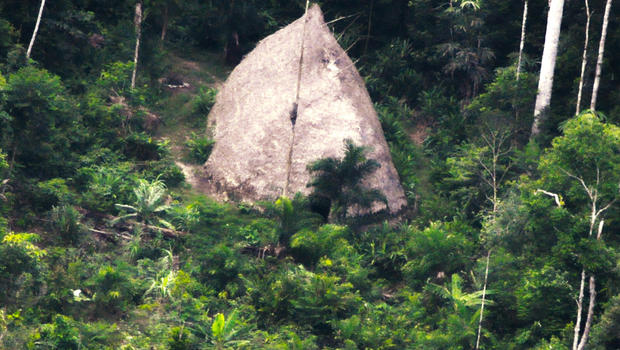 In the sprawling greenery of the Brazilian Amazon, near the border with Peru, a group of people — small in the distance — walk through a clearing. These are isolated tribe members, and little do they know, they're being watched — drone footage revealing their existence to the world.

The video — recorded in 2017, but published this week — is just one element of the material that Brazil's National Indian Foundation (FUNAI) collected during missions to the Javari Valley.

The hard-to-access area of southwestern Amazonas state is home to the majority of the more than 100 confirmed isolated tribes in the vast South American nation.

FUNAI has made contact with eight in the Javari Valley — but says that there are 11 more, detected via signs including a huge hut, handmade axes and canoes crafted out of palm tree trunks.

To get to the region, FUNAI officials and police had to cover 110 miles by river and dirt road, and then another 75 miles on foot through the jungle, the agency said in a statement.

The project, which aims to protect isolated tribes, relied on the in-depth local knowledge of the Kanamari tribe.

During the mission, they also encountered two groups of poachers, forcing them to release wild animals.

"Vigilance and control must be stepped up in the region to… guarantee total possession of the territory for indigenous peoples," said coordinator Vitor Gois.

Last month, FUNAI released video of what it believes to be the only survivor of one Brazilian Amazon tribe.

The man lives in the state of Rondonia — which borders Bolivia — and it is thought he has spent 22 years living along in the jungle, after his village fell victim to landowners and loggers.

That footage was recorded in 2011, but only just released. Evidence discovered this year suggests that he is still alive.

His situation, like that of other peoples, alarms specialists who warn of pressures from the agricultural and mining industries, who seek to overtake indigenous lands.

Over 800,000 indigenous people — who belong to 305 groups and speak 274 languages between them — live in Brazil, according to official data. 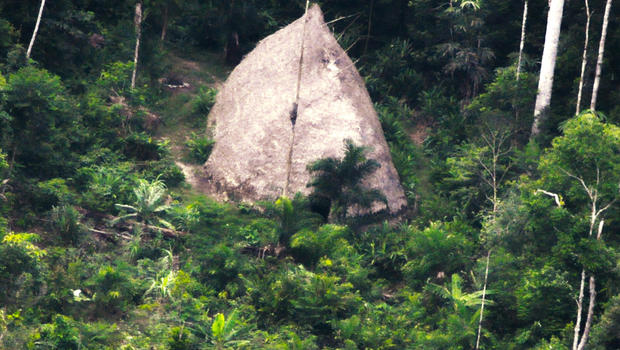