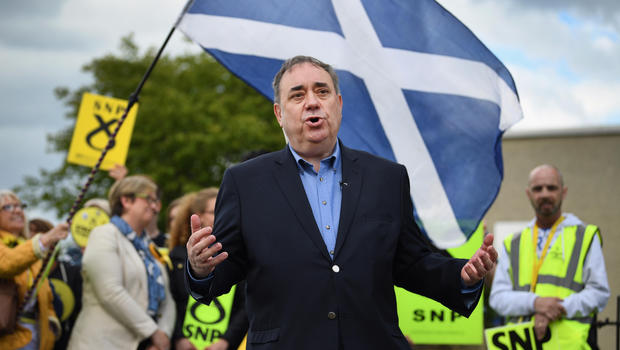 Alex Salmond, the former nationalist leader who took Scotland to the brink of independence in 2014, has denied accusations of sexual misconduct which were reported in a Scottish newspaper on Friday.

Police have reportedly been asked to investigate allegations he sexually assaulted two staff members at the first minister's official residence at Bute House in Edinburgh, according to the Daily Record newspaper.

The matter was passed on to the police by Scottish government officials following an internal probe, the paper said.

The Scottish government confirmed Friday that, in January, it had received two complaints against the former first minister, the British news agency Press Association reported.

In a statement, the Scottish National Party veteran said the complaints, which reportedly date back to 2013 when he was first minister of Scotland, are "patently ridiculous."

Police would not say whether there was an ongoing criminal inquiry, but Salmond confirmed he has launched civil proceedings against the Scottish government over the internal investigation.

Salmond claims the Scottish government's most senior official, Leslie Evans, has acted "unlawfully" in raising the complaint over three years after he left office.

"I have tried everything, including offers of conciliation, mediation and legal arbitration to resolve these matters both properly and amicably.

"This would have been in everybody's interests, particularly those of the two complainants. All of these efforts have been rejected.

"The Permanent Secretary chose to deny me contact with any current civil servant, many of whom wished to give evidence on my behalf and access to documentation to allow me to properly challenge the complaints, all of which I refute and some of which were patently ridiculous."

In response, the Scottish government said it would "defend its position vigorously."

"It is vital that any allegations of harassment are treated seriously and investigated thoroughly, regardless of the identity of the party involved," a spokesman said. 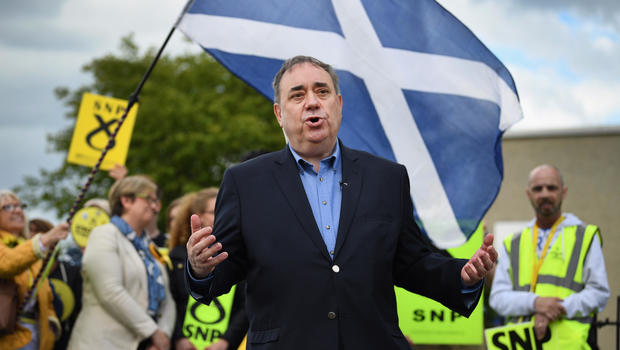