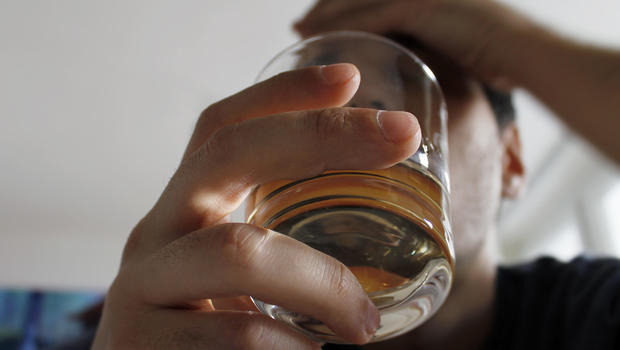 While some medical studies — and a great deal of media attention — have focused on possible health benefits of drinking alcohol in moderation, a large new report warns that the harms of alcohol greatly outweigh any potential beneficial effects. The authors of the study, which looks at data on 28 million people worldwide, determined that considering the risks, there is "no safe level of alcohol."

Alcohol is associated with 2.8 million deaths worldwide each year, the researchers found in the study, which is published in the journal The Lancet. Just over 2 percent of women and nearly 7 percent of men worldwide die from alcohol-related health problems each year.

Regular alcohol consumption can have negative impacts on the body's organs and tissues, while binge drinking can lead to injuries or alcohol poisoning. Alcohol dependence can lead to self-harm or violence.

"Previous studies have found a protective effect of alcohol on some conditions, but we found that the combined health risks associated with alcohol increase with any amount of alcohol," lead author Dr. Max Griswold, of the Institute for Health Metrics and Evaluation at the University of Washington, said in a statement. "In particular, the strong association between alcohol consumption and the risk of cancer, injuries, and infectious diseases offset the protective effects for ischemic heart disease in women in our study. Although the health risks associated with alcohol starts off being small with one drink a day, they then rise rapidly as people drink more."

Across the globe, one in three people drink alcohol, equivalent to 2.4 billion people, according to the report.

For the study, the authors reviewed data from 694 studies to estimate how common drinking alcohol is worldwide. They also looked at 592 studies with data on 28 million people in 195 countries to study the health risks associated with alcohol.

The researchers note that previous studies looking at the health benefits of alcohol have numerous limitations. These include that they're often self-reported, which relies on people recalling their drinking habits, which is subject to human error; or based on alcohol sales data, which doesn't always provide an accurate picture of people's individual consumption levels. Additionally, certain studies may not take into account that some non-drinkers may avoid alcohol because they already have health issues. Some studies also overlook illicit trade and home brewing.

The new study aims to correct these limitations by combining alcohol sales data with the prevalence of alcohol drinking and abstinence, self-reported data on the amount of alcohol consumed, tourism data to estimate the number of alcohol-drinking visitors to an area, and estimates of illicit trade and home brewing. The authors also used updated and more robust statistical review models to analyze alcohol consumption and the health problems associated with it.

In their review, the authors found that the only protective effect of alcohol came with reducing the risk of ischemic heart disease. There were also possible protective effects for diabetes and ischemic stroke, but these results were not statistically significant.

However, the risk of developing all other health issues increased with the number of alcoholic drinks consumed each day and the harms far outweighed the potential benefits, the authors report.

"Policies focusing on reducing alcohol consumption to the lowest levels will be important to improve health. The widely held view of the health benefits of alcohol needs revising, particularly as improved methods and analyses continue to shed light on how much alcohol contributes to global death and disability," Griswold said.

In an accompanying editorial, Dr. Robyn Burton of King's College London calls the research "the most comprehensive estimate of the global burden of alcohol use to date."

"The conclusions of the study are clear and unambiguous: alcohol is a colossal global health issue and small reductions in health-related harms at low levels of alcohol intake are outweighed by the increased risk of other health-related harms, including cancer," she writes. 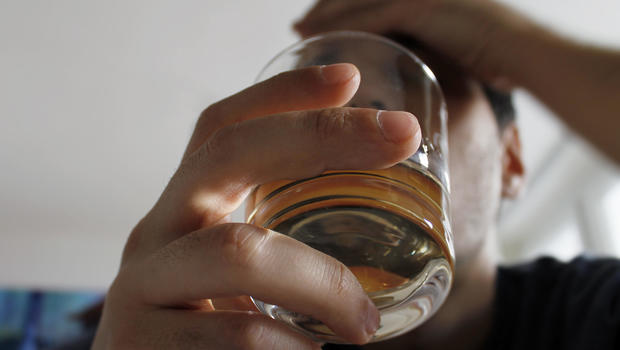