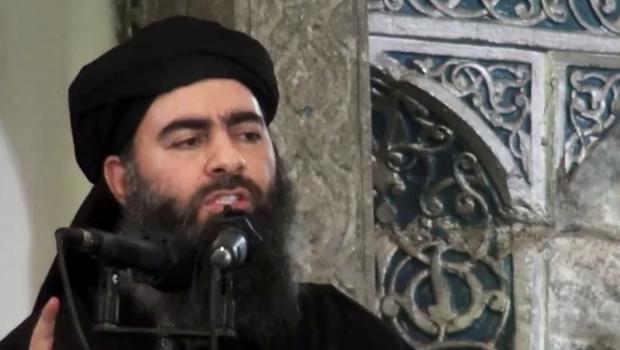 BEIRUT — The Islamic State of Syria and Iraq (ISIS) has released a new militant audio recording, purportedly of its shadowy leader Abu Bakr al-Baghdadi, his first in almost a year.

In the audio, al-Baghdadi – whose whereabouts and fate remain unknown – urges followers to "persevere" and continue fighting the group's enemies everywhere.

The 54-minute audio entitled "Give Glad Tidings to the Patient" was released by the extremist group's central media arm, al-Furqan Foundation, on Wednesday evening.

The audio's authenticity could not be independently verified and there were no clues as to where it was recorded.

The question of whether al-Baghdadi is dead or alive has been a continuing source of mystery and confusion. The extremist group has lost around 90 percent of territory it controlled in Iraq and Syria in 2014, when ISIS declared its so-called "caliphate."

He is believed to be hiding somewhere in the desert that stretches across the Syrian-Iraqi border region. His last audio message was on Sept. 28, 2017 in which he called on his followers to burn their enemies everywhere and target "media centers of the infidels."

In Wednesday's recording, al-Baghdadi congratulates followers on the occasion of the Muslim holiday of Eid al-Ada and makes references to current events, including Turkey's row with the United States over its detention of American pastor Andrew Brunson.

If the voice on the audio is confirmed to be that of al-Baghdadi, this would date the message to this month and disprove reports of his death.

"America is going through the worst time in its entire existence," al-Baghdad says, adding that Russia is competing with the U.S. over regional influence and clout.

He also criticizes surrenders by the rebels in southern Syria to President Bashar Assad's forces, calling them traitors and urges fighters to join ISIS instead. He also urges patience, perseverance and continued jihad, or holy war.

Al-Baghdadi has only appeared in public once in 2014 in the northern Iraqi city of Mosul. There have been recurring reports of his death or injury, including reports by Russian officials last year who said there was a "high probability" that al-Baghdadi was killed in a Russian airstrike on the outskirts of the Syrian city of Raqqa.

U.S. officials later said they believed he was still alive. 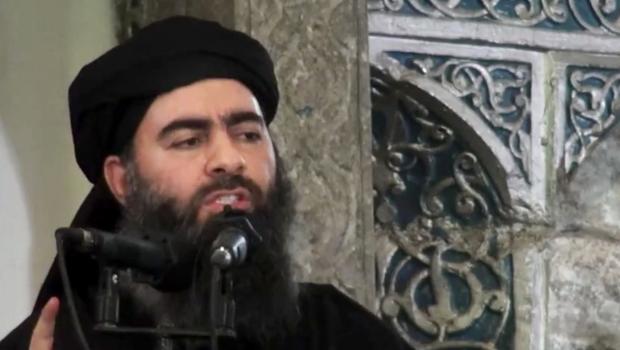