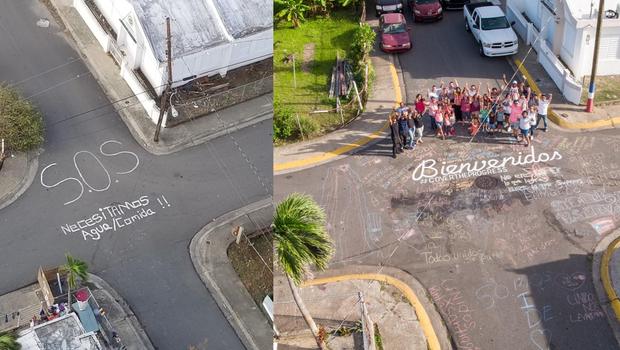 The Puerto Rican neighborhood of Punta Santiago in Humacao is eagerly moving forward with a slogan for tourists, "Bienvenidos," or welcome, nearly one year after the desperate residents wrote a sign saying "S.O.S. Necesitamos aqua/comida." That sign became one of the most memorable images in the aftermath of Hurricane Maria.

With the help of community members, tourism agency Discover Puerto Rico launched an initiative underscoring the island's comeback on Monday. At the top of their list, the reemergence of Punta Santiago, where locals want to move beyond the viral S.O.S. photo that was taken by an aid worker assessing Maria damage 11 months ago.

"Being on the island and completely disconnected, we didn't realize how far our picture traveled," said resident Janet Gonzalez. "We're thankful it did. But now, we're ready to turn the page. We've been wanting to clean up that message for a while as we're past it. We were asked what message we'd want to share with the world and hope our new positive message spreads just as fast."

Puerto Rico said in a report to Congress earlier this month that there were 1,427 more deaths "than normal" in the wake of Hurricane Maria and Hurricane Irma "may or may not be attributable to the hurricanes."

Maria turned into one of the costliest storms in U.S. history and knocked out power for most of the island for almost the entire year. Recovery efforts have been slow as they've been dragged on by politics and geography.

Puerto Rican officials said earlier this month that power had been restored to all those available on the island. As part of its full reset, Punta Santiago and much like the rest of Puerto Rico want to express they're embracing tourists again — despite the island declaring itself open for tourism in late December.

Brad Dean, CEO of Discover Puerto Rico, told CBS News there's improvements that still need to be made, but he said he believes the island's "best days lie ahead."

"It's pretty impressive how far that community has come in terms of progress," Dean said. "We believe it's going to yield one of the best comeback stories in tourism history. As we approach Maria's [anniversary next month], the local tourism and community members collaborated to put positive imagery to show the milestone. The sentiment from members of the local community is really what drove the initiative."

He also credited the resiliency of Puerto Rico.

"The story isn't about what Maria did to Puerto Rico, Dean said. "Its about what people achieved after Maria." 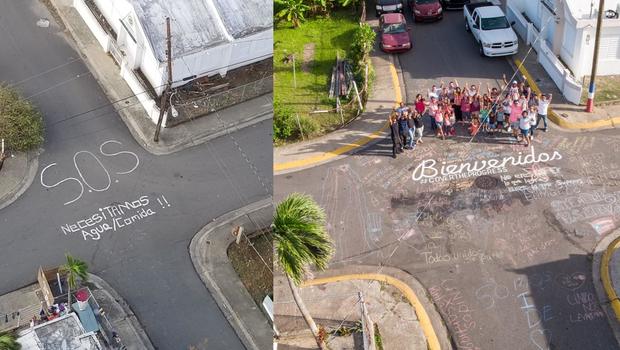