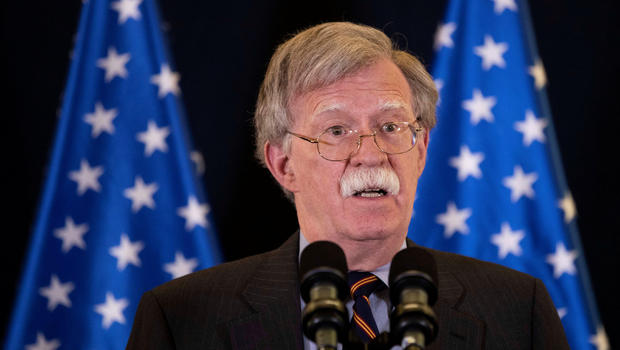 John Bolton said Wednesday in Jerusalem that a "lot of progress" has been made, but he refused to speculate what the plan entailed or when it may be publicized. The Trump administration recently began staffing its Mideast policy team ahead of the plan's expected release.

Trump officials have long promised the most comprehensive package ever put forward toward resolving the Israeli-Palestinian conflict. The Palestinians have indicated they consider it a non-starter given Trump's bias toward Israel and his unilateral recognition of Jerusalem as its capital.

At a West Virginia rally on Tuesday, Mr. Trump said Israel will pay a "price" for that move and the Palestinians will "get something very good" in return.

Bolton also addressed the recently reimposed American sanctions on Iran, saying that regime change is not U.S. policy in in the Islamic Republic.

"Regime change in Iran is not American policy, but what we want is massive change in the regime's behavior," Bolton told journalists.

He said that he thought the sanctions were already having a significant effect on Iran's economy and on popular opinion inside the country. 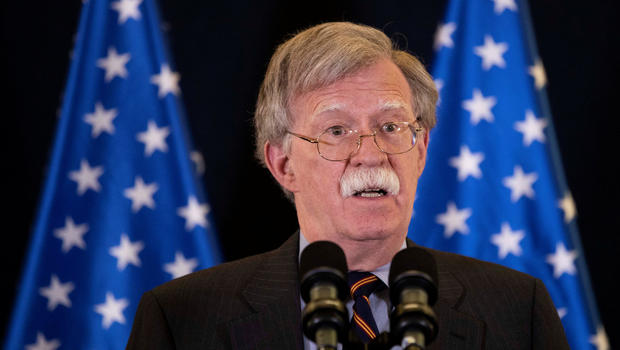