HONOLULU — Hurricane Lane strengthened to a Category 5 storm late Tuesday with maximum sustained winds of 160 mph as it moved closer to Hawaii, the National Hurricane Center said. Hawaii County, also known as the Big Island, is under a hurricane warning, meaning hurricane conditions are expected in the next 36 hours.

Oahu and Maui County, which includes the islands of Maui, Lanai, Molokai and Kahoolawe, are under a hurricane watch. A Hurricane Watch means that hurricane conditions are possible within the next 48 hours.

As of 1 a.m. ET, Lane was located about 375 miles south of Kailua-Kona, on the west coast of Big Island, and about 535 miles south of Honolulu. On the forecast track, the storm is expected to move very close to or over the main Hawaiian Islands from Thursday through Saturday. 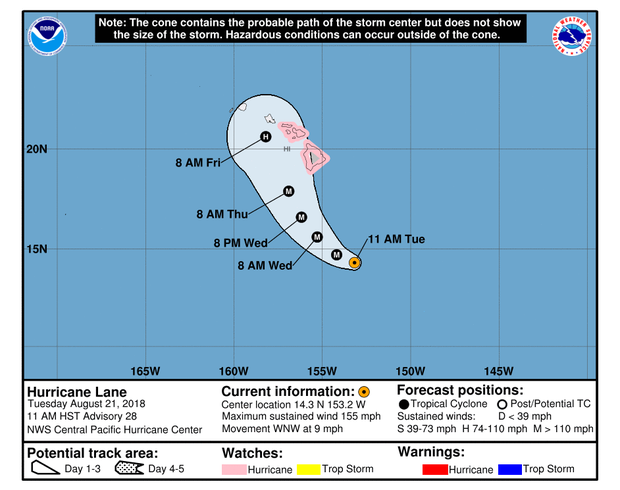